Did you know one of Canada's top restaurants used to be a gay bar?

It's funny how quickly people can forget certain pieces of Calgary's restaurant and bar history that existed before the days of Instagram: how Cibo was originally the largest video rental store in Western Canada, how Anju's original location was in an old house-turned-restaurant space on 10th Street S.W., and how before Craft Beer Market poured its 100-plus beers from its gigantic central bar, it was the iconic Mother Tucker's Steakhouse.

Many gay establishments in major Canadian cities certainly aren't what they used to be or even what they once were. I mean, just look at two of Calgary's top restaurants, Model Milk and Pigeonhole, because they both were.

I remember being 19 years old and driving to Calgary with my friends for the first time as a "grown-up", or whatever you truly are at that age. We had dinner at Bungalow (now Ox Bar de Tapas), drinks at Ming (I promise it was a hot spot in the mid-2000s, as strange as that may sound now) and then we really ramped things up at a nightclub called Detours--dark and crowded, pulsating with music peppered with the occasional pause for energetic drag performances.

My friends and I would drive from Saskatchewan for weekends in Calgary, and spending late nights at Detours many more times before it closed in 2006 or so. Some might remember that it briefly became the Republik before that shut down and remained empty for some time. Years later, chef Justin Leboe opened up the middle section of the building as Model Milk to plenty of accolades, including being named one of the best new restaurants in Canada. Later, the vacant space that was Victoria's (not technically a gay bar, but known widely as an LGBT hangout in its heyday) was also taken over by the chef and transformed into Pigeonhole. How things can change! 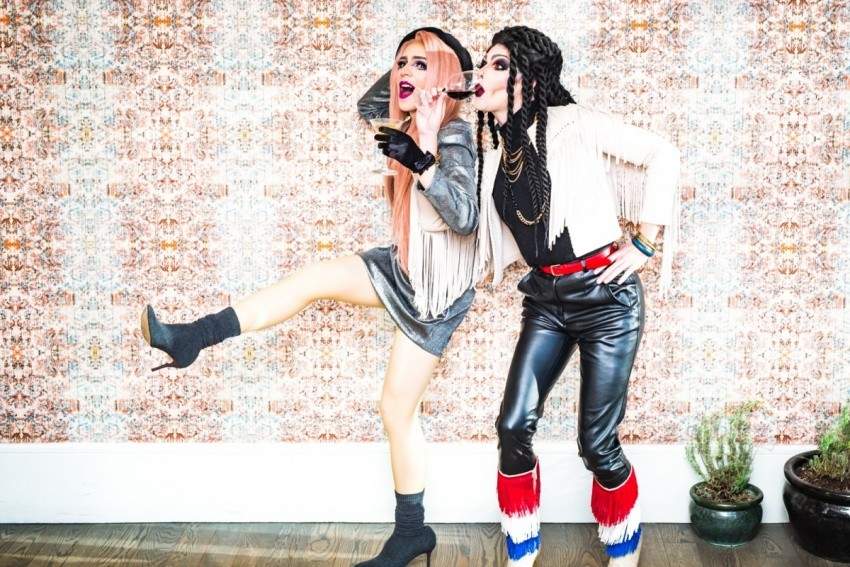 Speaking of change, the LGBTQ2+ community in Canada has made massive strides since I personally came out 14 years ago. The legalization of gay marriage, the rainbow decals on the doors of thousands and thousands of businesses across Canada, overall acceptance from the heterosexual society...so many things. Drag queens have always been a prominent part of this community over the decades, whether that was the fearless queens taking an activist role in a monumental moment in history, the Stonewall uprising in New York on June 28, 1969, performing in venues of all shapes and sizes around the globe or the iconic RuPaul and his increasingly popular reality competition series, RuPaul's Drag Race. Because of the latter, the drag queen community has been publicly celebrated more-so in recent years than ever before.

The world's most famous drag queen launched his television series in 2009 to a fairly small audience on Logo TV. Since its inception, it has garnered a huge cult following and a following that one could argue is a healthy mainstream one now too since it was brought onto major television network VH1 last year and won a mix of awards, including an Emmy and a Critics' Choice Television Award. The third edition of its all-star season premieres Thursday, January 25th and plenty of Canadian restaurants and bars like Toronto's Striker, the Gladstone Hotel and Dickens Pub in Calgary are throwing viewing parties to kick it all off.

Can I get an amen?

With an international television program celebrating drag as an art form, plenty of passionate new young talents have been inspired to get involved. Perla Coddington and Grease Jones are two-thirds of a new drag trio in Calgary called Haus of Grease. The trio of ladies has partnered with Calgary-based LGBTQ2+ event company, Hot Mess, for a RuPaul's Drag Race All Stars premiere party at Dickens. In addition to pub fare, drinks and viewing, there will be plenty of performances, as well as Drag Race trivia.

I decided to take them to Model Milk as a little homage to the building's fabulous history, for a little bite to eat and, naturally, a few drinks too. They show that it is A-OK to listen to those little quirks in your personality and that being comfortable in your own skin--wig and lashes optional, of course--is a wonderfully liberating feeling.

Would you ever eat at a restaurant in drag? 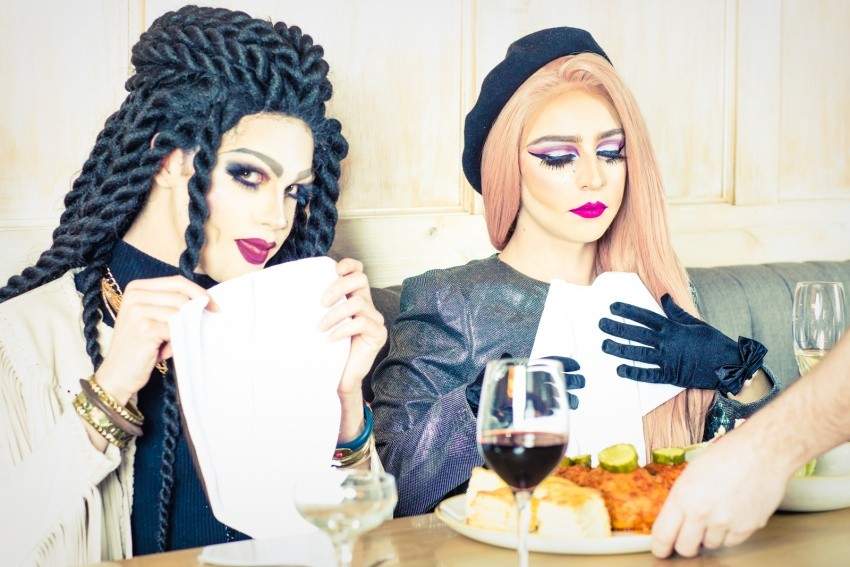 Grease Jones: Aren’t we doing that right now? This is me. This is who I am... and I swear that my hair is naturally this shiny and plastic.

Perla Coddington: I find that I have the most fun going around and doing random things, going to places where you would not expect to see a drag queen. There is a really good YouTube series by this queen, Miz Cracker. She’s from New York and she is amazing. She has this series where she does everyday things in drag. Her first video is her skating in Central Park and her assistant falls and eats s*%t. It is so funny. Oh my god, I love Miz Cracker!

Would a drag queen make for a good maître d'? 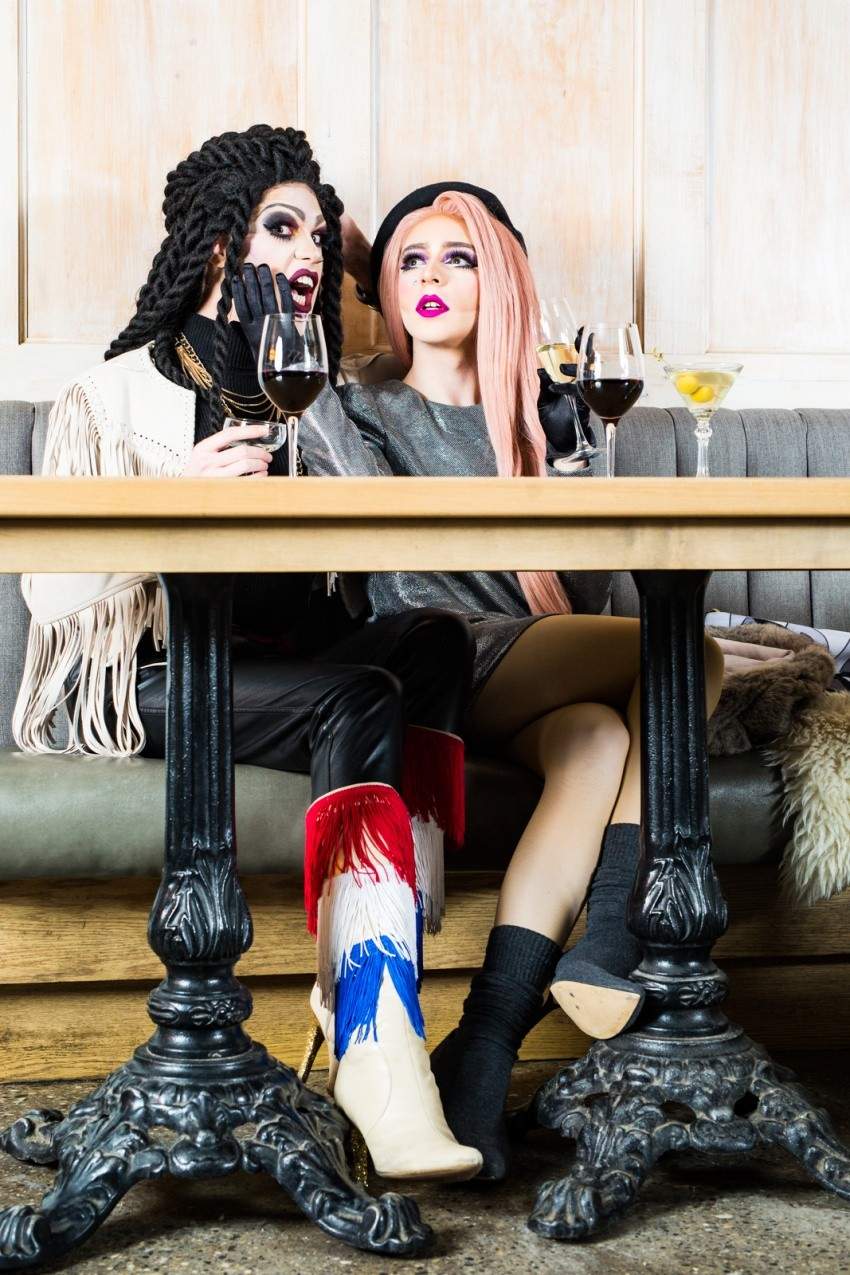 PC: Ha! How fun would that be? I would let people start to walk into the room, but just to where I am about to walk, so they would cut into my performance space and then I could yell: “Really? You couldn’t go around? Really?" Then I would be like, “Staff!” and snap, just to put you on the spot and embarrass the s*%t out of you. Then I'd do a cart wheel.

PC: If someone is just eating their food and you could just walk up to them and be like: “Really? You sure you need that?” Every joke is at least 80 per cent true, right? Unless I'm making a joke about myself because then it is usually 100 per cent true.

What's a perfect place for a first date? 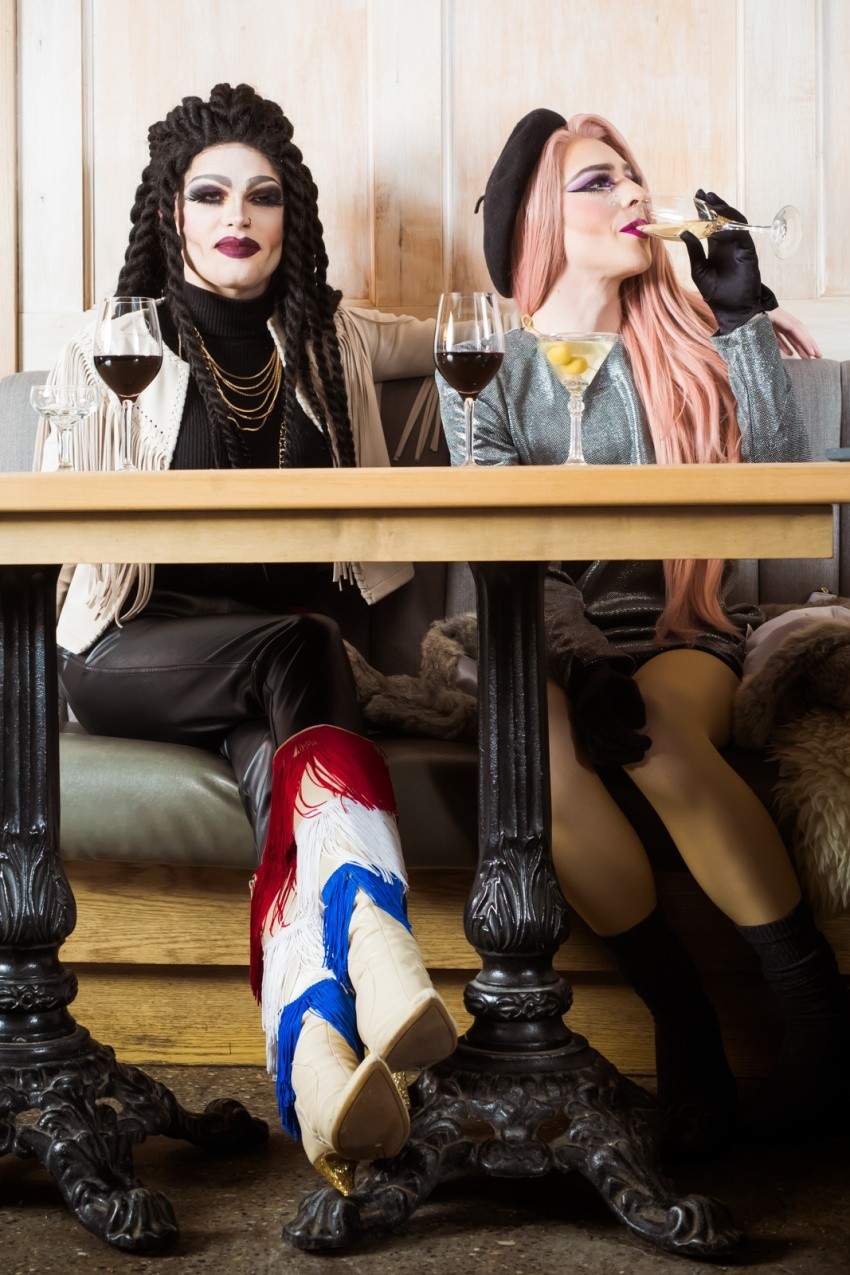 GJ: I like small bars, somewhere where you can sit down have a drink and talk.

PC: I love taking a man to a horror movie to see how he reacts. If they react like a little bitch, I am done.

GJ: The only problem I have with a movie is that you talk for 20 minutes, then you go to get tickets and then you sit and watch a movie for two hours, not talking at all. Once it's over, you just talk about the movie. At that point, I'm like, “I don’t care what you thought about the movie!”

Thoughts on gluten-free requests when people are ordering food? 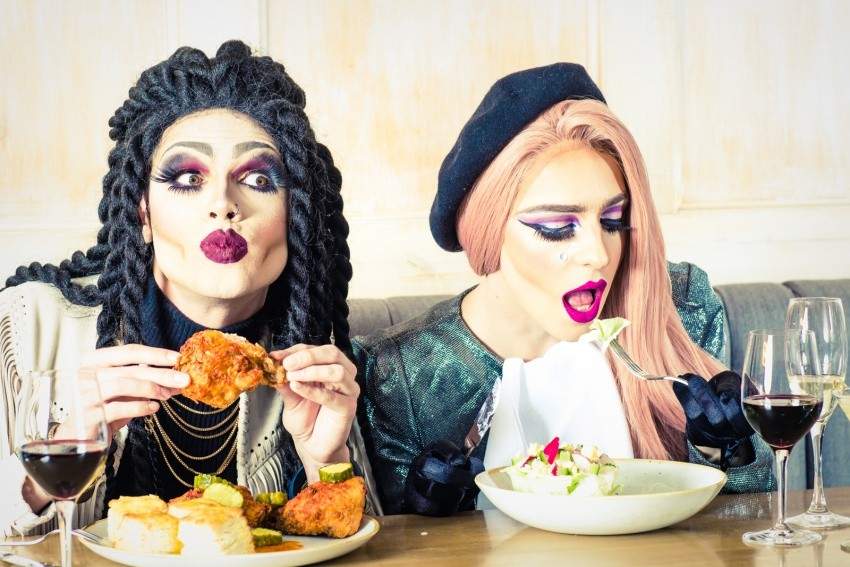 GJ: If they have a gluten allergy and they are actually a celiac, then yes, it's fine. If they’re just saying, “I am gluten sensitive, I don’t really do bread,” then [that's annoying].

PC: F$%k them! I am lactose intolerant and still eat dairy on the daily!

What are reasonable first date expectations? 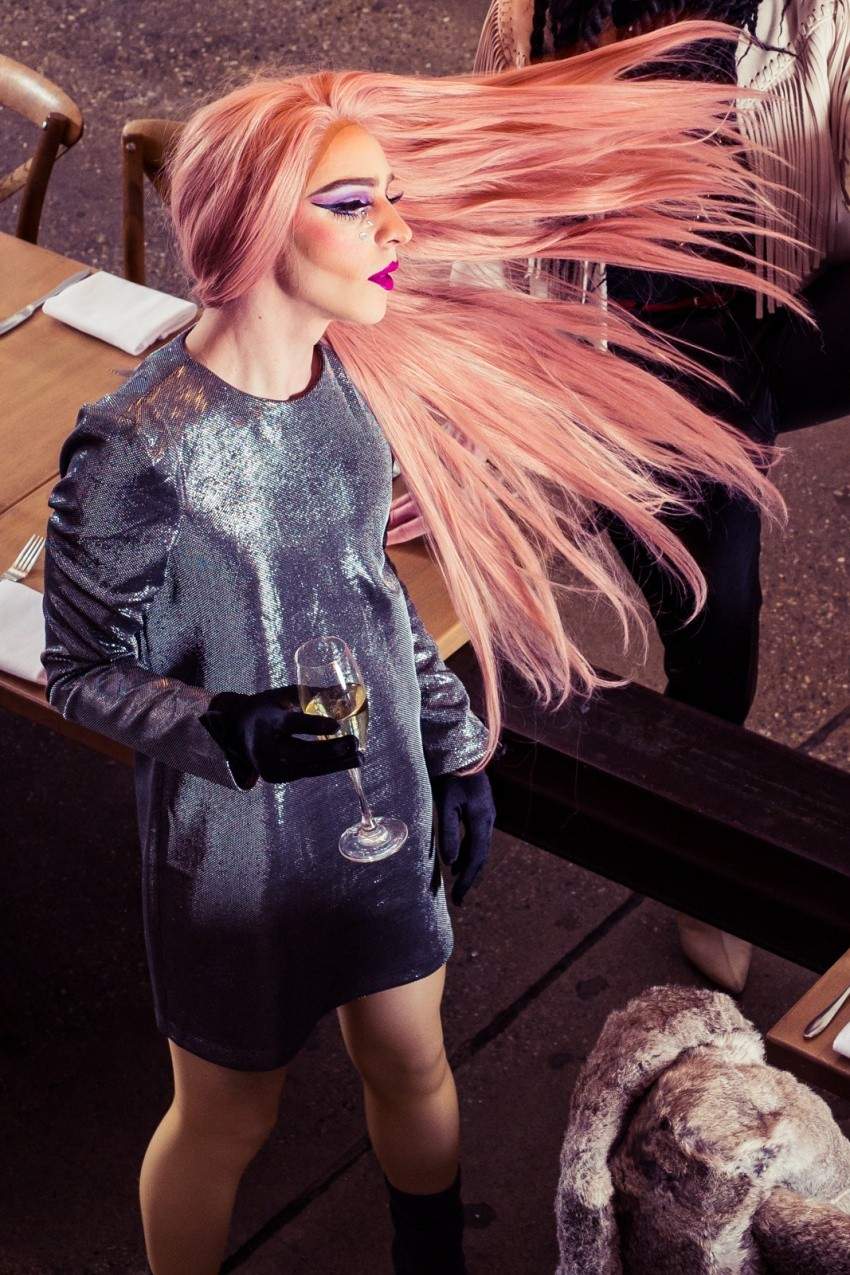 PC: I expect my date to be early and to accept the fact that I will be anywhere from 20 minutes to an hour late. I mean, it takes time to look this rough. Oh, and 110 per cent yes [he should pay the bill]. If he doesn’t, tuck and roll. Restaurants can always need more dishwashers if he can't afford it.

Are there any foods that are a bad idea on a first date? 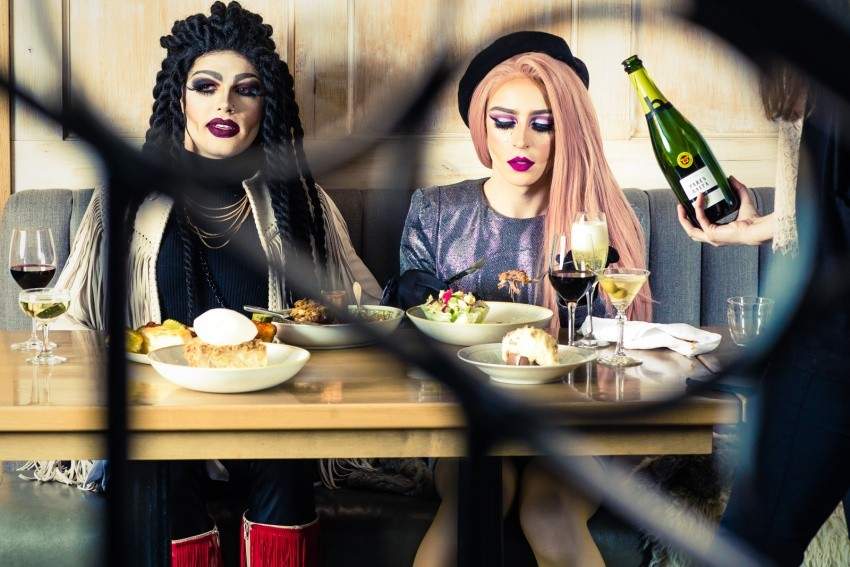 GJ: Oh no, absolutely not! You get that burger! You know, go for Mexican, bring them home, and then see what happens…Russian roulette.

PC: I just like to eat something easy that you can eat with your hands

GJ: Yes, show them what you can do with your hands with your food. Are we getting some hot dogs? Do you guys have a little sausages here?

Can you find love at a bar? 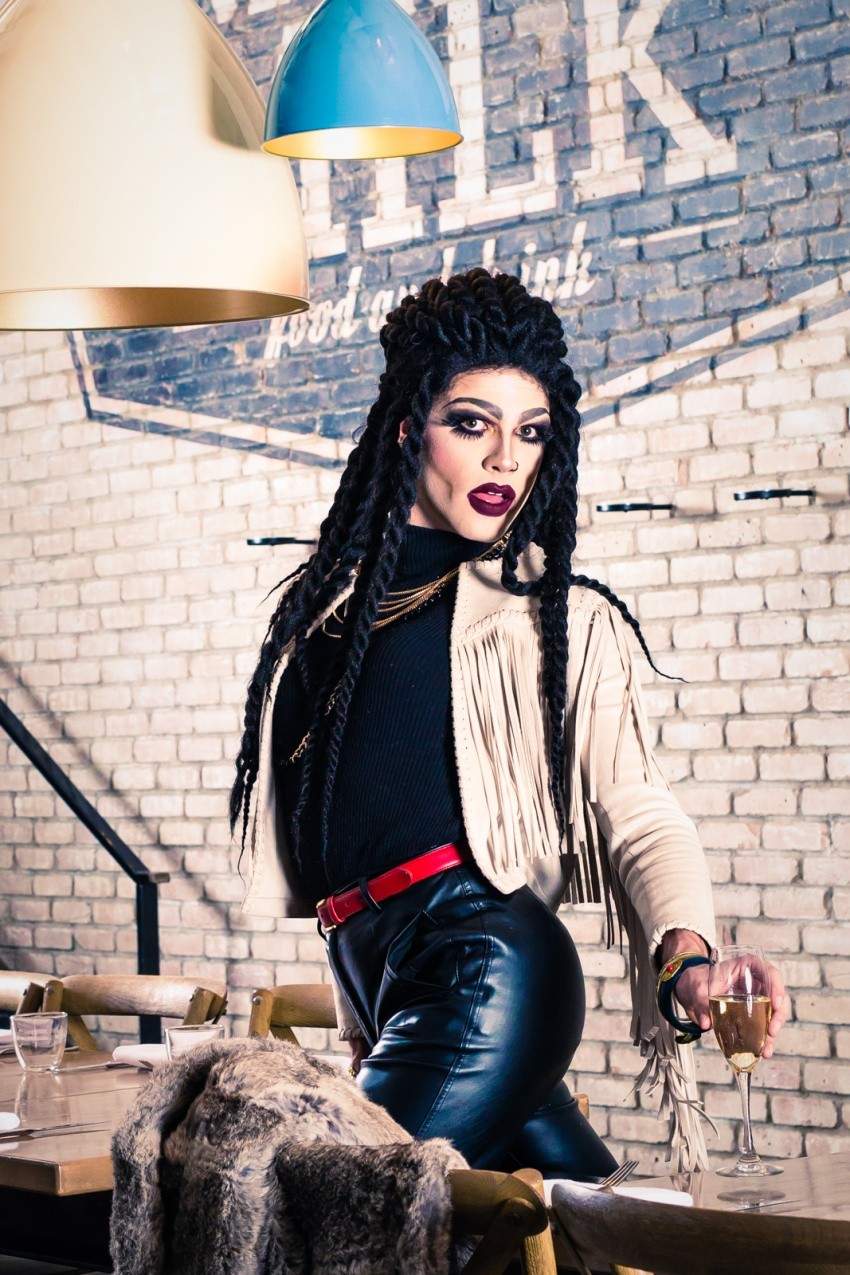 PC: At a bar or sitting alone at a restaurant, chances are...Well, I just don't think anyone goes to the bar anymore “looking for love". They literally go to the bar to go home with someone, ditch them the next day and be like, “Bye!”

GJ: I am sure some men are looking for love...

PC: I was at one point, and then I became a real woman.

GJ: Just go to Chapters and wait until someone finds a book you find interesting, and then tackle them at the parking lot. Be like: “Oh wow, I was looking at that one too!”

PC: Oh my god, you read Hemingway? Oh my god! Oh, is that your wife right there?

GJ: Being single is the best. You have so much fun. You can do whatever you want. Also, I recommend taking yourself on dates. It is amazing! I love taking myself to the movies.

How do you approach your drag aesthetic? 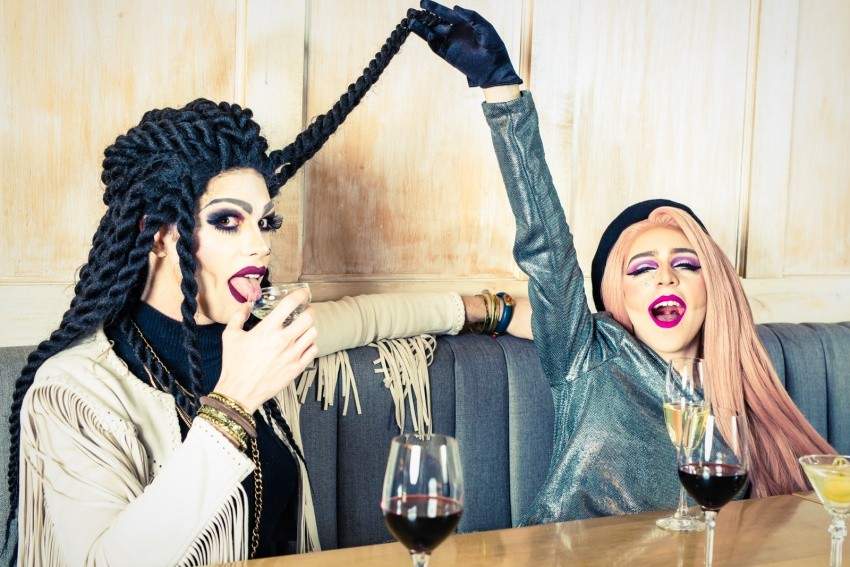 PC: I come from the world of fashion. I came from the runway aspect, the high fashion and the knowledge behind the industry and this view of the industry, and I think that has kind of fallen into Grease Coddington. She has taken on what my boy-self has always done. And I am just a fashionable drag bitch!

GJ: A lot of my inspiration for drag stuff is from 70s and 80s icons. I love 70s biker chicks.

Do you consider drag queen culture to be mainstream now? 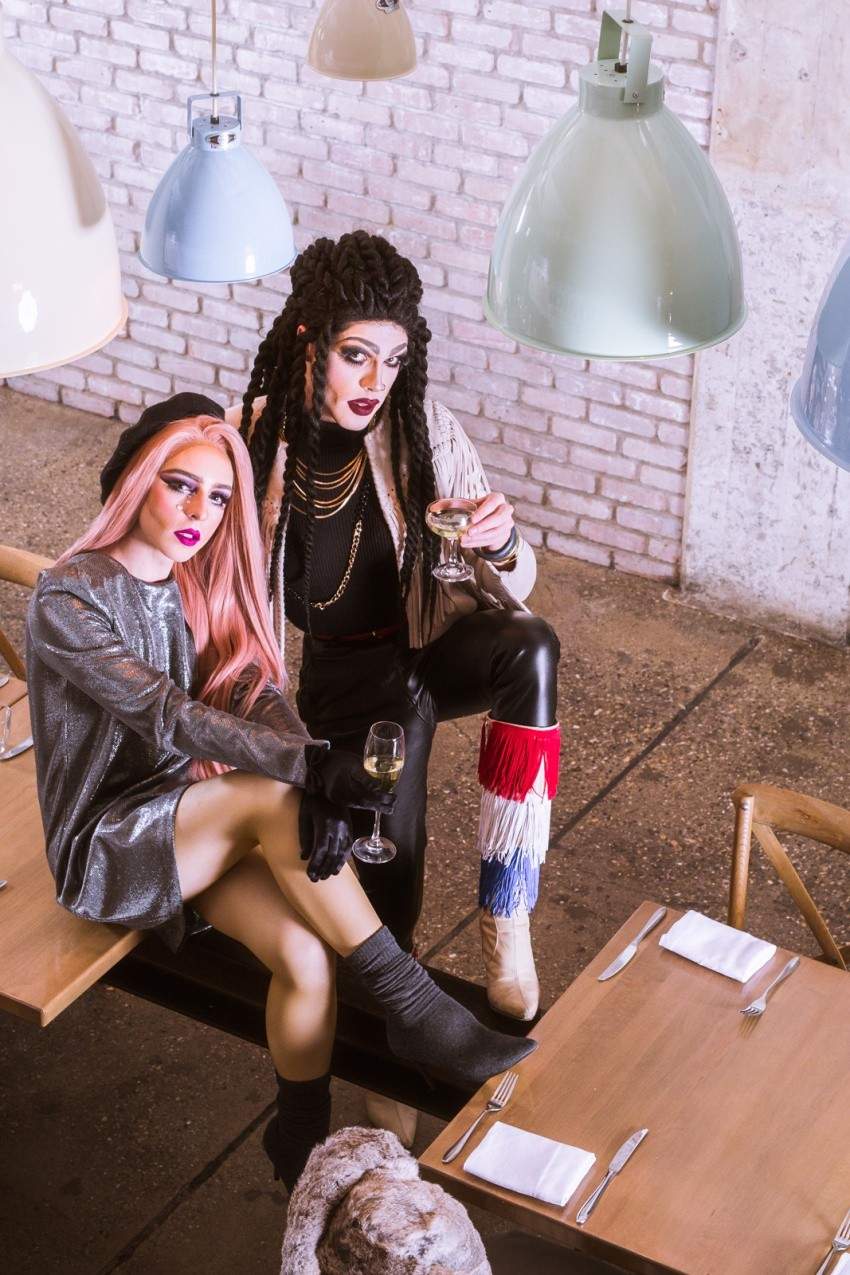 GJ: I wish I could have been doing this 20 years ago. I think drag is still outside of relative mainstream culture, so you’re still not going to see a lot of people doing drag and whatnot…

PC: There are a lot of huge positives that RuPaul's Drag Race brought to the drag community...and people are more polished now [when doing drag].

GJ: I think it has made more people feel comfortable with doing drag. It's easier now to go out and have fun doing something that is really authentic to them. I mean, it’s really all about going out and just having fun. If you’re not having fun, then why are you even doing it?

Why should people come to Dickens to watch the show with you? 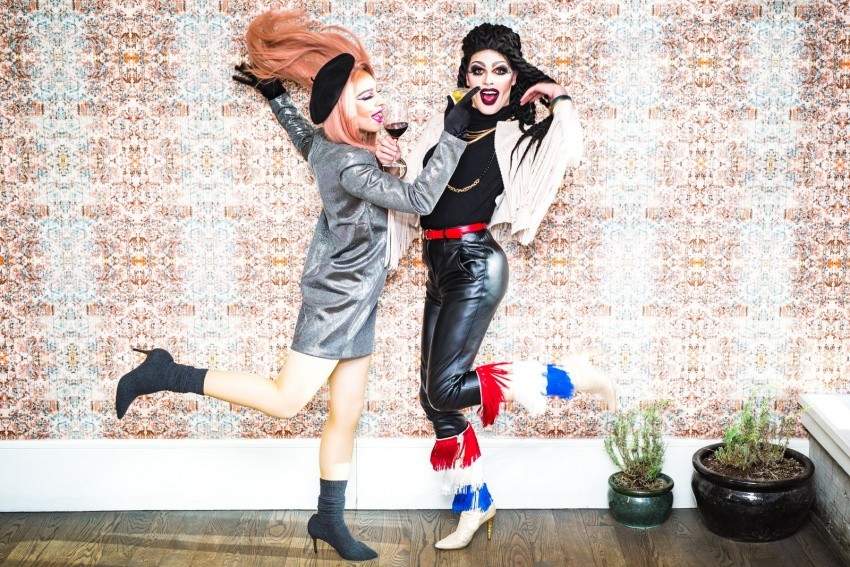 Perla Coddington: Dickens is actually an amazing space. Every time I’ve been to Dickens, it has been super inclusive. No one cares and everyone is just enjoying themselves. We used to actually go watch the drag race episodes at Dickens last year too. It was a quiet place to do it and there was never anyone there. It was literally us at the table eating burgers. This year though, we want everyone there. We'll be performing and doing trivia all night. It's going to be amazing.

Grease Jones: Yes! If you care about yourself, then you need to be there.

All photography by Ingrid Kue Photography.