After more than 12 years in business and being consistently rated as one of Alberta's top restaurants, Blink Restaurant has just announced its re-imagining to better fit the new "normal" of dining. Owner Leslie Echino said the decision came from both a noticeable decline in activity in Calgary's downtown core and seeing how positive Calgarians' response to Annabelle's Kitchen, her newer, more casual concept in Marda Loop, has been.

"Even during the mandatory shutdown, Annabelle's Kitchen has had such great support from the neighbourhood, as well as all over Calgary, which excites me and makes me proud to be a neighbourhood restaurant," says Echino. "I think the same vibe can be created downtown, which doesn’t have any restaurants with a ‘neighbourhood’ feel." 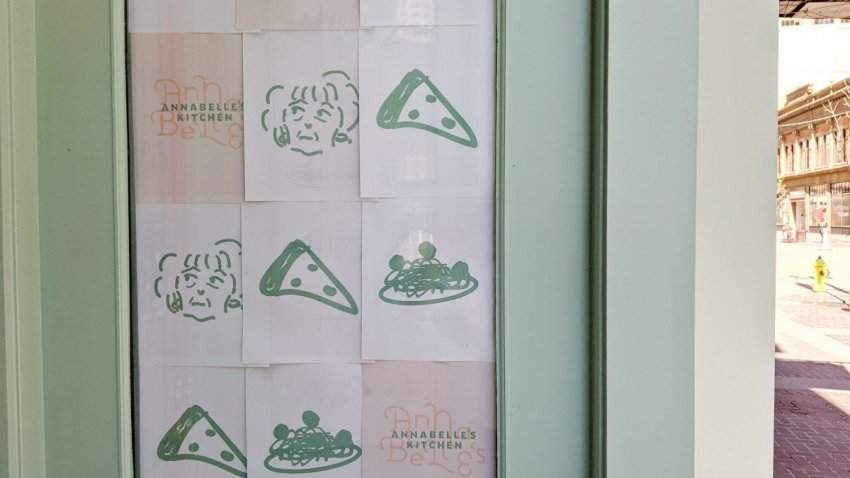 She goes on to say that Blink was always known for its memorable atmosphere in the heart of Stephen Avenue and a large part of that came courtesy of a spacious and elegant dining room. Now that "spacious" is going be a keyword in restaurant interior design, Echino is keeping a similar floor plan as before, but will be transforming Blink to a downtown location of Annabelle's Kitchen. The transformation will include brighter lighting and walls, plenty of warm terracotta planters filled with greenery and a seafoam green exterior paint job, the latter of which has already been completed.

The menu will mimic that of her Marda Loop restaurant and offer pizzas, pastas, their signature whipped ricotta and other approachable Italian fare created by executive chef Chris Dewling, along with affordable wines, spritz cocktails and more. Above all else, the restaurant owner says affordability will be key in this strange new world that is post-pandemic dining.

"Now, we are all looking to have great experiences with a smaller impact on our wallets. Can I create this downtown and have a spot where you can have lunch with family, a business meeting or a birthday dinner? I think we can," she says.