With eggnog being spotted on grocery store shelves as early as the first week of October, we've been tempted by this creamy and nutmeg-y concoction for almost two months now. Though, there is only really one version of the famous holiday drink that I look forward to sipping and that is the housemade version at one of Calgary's most iconic watering holes, The Ship and Anchor.

The top secret recipe for this eggnog was first developed by staff in the late 1990s and over the years, the drink has developed a cult following by hundreds of Calgarians (myself included) and benefitted charity where $5 of the cost of the drink is donated to a variety of local initiatives. 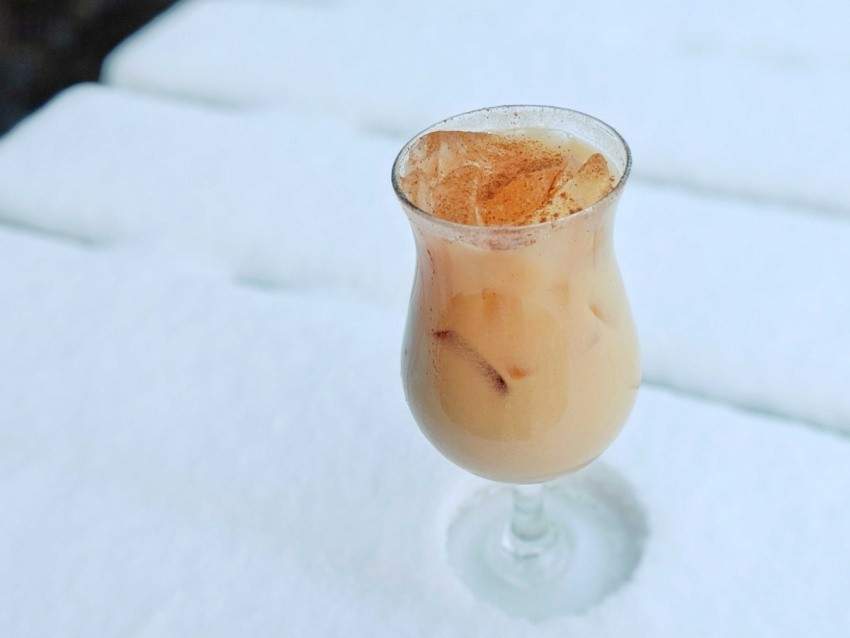 Last year, almost 7,500 signature "Ship 'Nogs" where sold between November 30 and December 31, helping raise approximately $37,000 for four local charities. The Ship and Anchor's manager, Nicola Trolez, says that they hope to raise even more funds this year for their 2019 featured charities: Calgary Scope Society and the Calgary Drop In and Rehab Centre.

The staff at the Ship and Anchor are currently preparing batches of Ship 'Nog to be available starting this Saturday, November 30, 2019. Their 2019 "preview" day will serve as a one-day fundraiser for Girls Rock Camp Calgary, a local charity that offers musical programs to young girls and non-binary youth aged 12-17.

The remainder of the month's 'nog sales will go to the three aforementioned charities aside from another one-day fundraiser for the Calgary Alpha House DOAP Team on December 21.

So, if you like eggnog, there is honestly no better place to be enjoying it over the holiday season than at this Calgray institution on the corner of 17th Avenue and 5th Street. And hey, if we manage to hit a chinook any time soon, you might even be able to enjoy it on its all-season patio.

Ship and Anchor's charitable eggnog returns with a twist for 2020