There are few pubs in this country that can claim the iconic status that the Ship and Anchor boasts within Calgary. One of the city's longest running watering holes, the Ship originally opened on July 29, 1990. Since then, the 17th Avenue institution has become a community hub over the past 30 years for musicians, artists and the average Calgarian alike.

Tegan and Sara, SNFU and The Weakerthans are just a few of the countless musicians from across Canada that have graced the venue's much-loved stage.

So, how much do I love thee (Ship)? Let me count or, rather, point out the ways.

In addition to being a timeless live music venue and a gathering place for everyone at all times of day, the Ship has also become well known for its vast charitable endeavours. Its annual fundraiser eggnog campaign (the "Ship 'Nog") has raised more than $328,000 for various Alberta charities since 1997. Similarly, its annual Canadian Cancer Society fundraiser has raise a total of $199,000 to date. Then, there's Calgary Food Bank donations totalling 55,000 pounds of nonperishable food items, not to mention other one-off fundraisers in response to catastrophic events over the years such as the Slave Lake wildfire, Philippines tsunami and more. 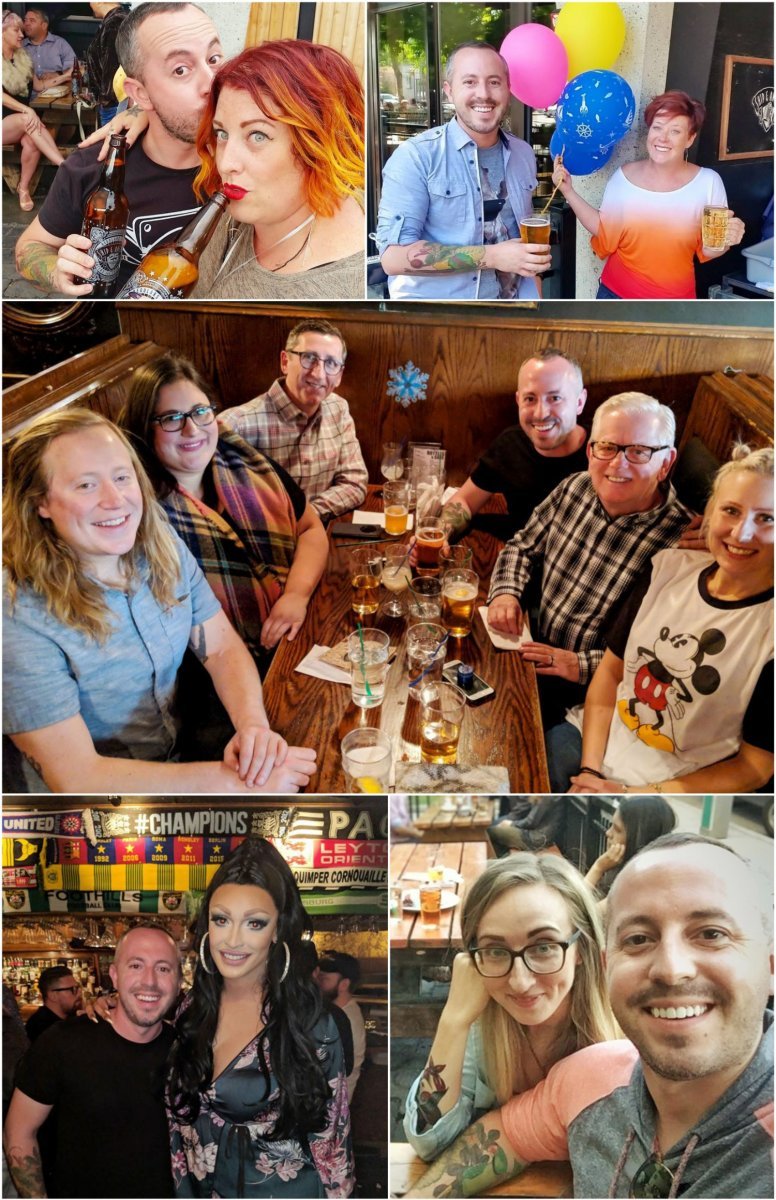 Having moved to Calgary in 2006, I have logged many hours and spent many dollars at this wonderful spot over the past 14 years. It's also where I met the love of my life, but that’s another story for another day...Since there are so many folks that share my undying love for the Ship and Anchor and pub's 30th birthday is taking place this week, it only seemed right to ask a few Calgarians why the long-running establishment means so much to them.

Here's what a few recognizable Calgarians had to say about Canada's best pub. 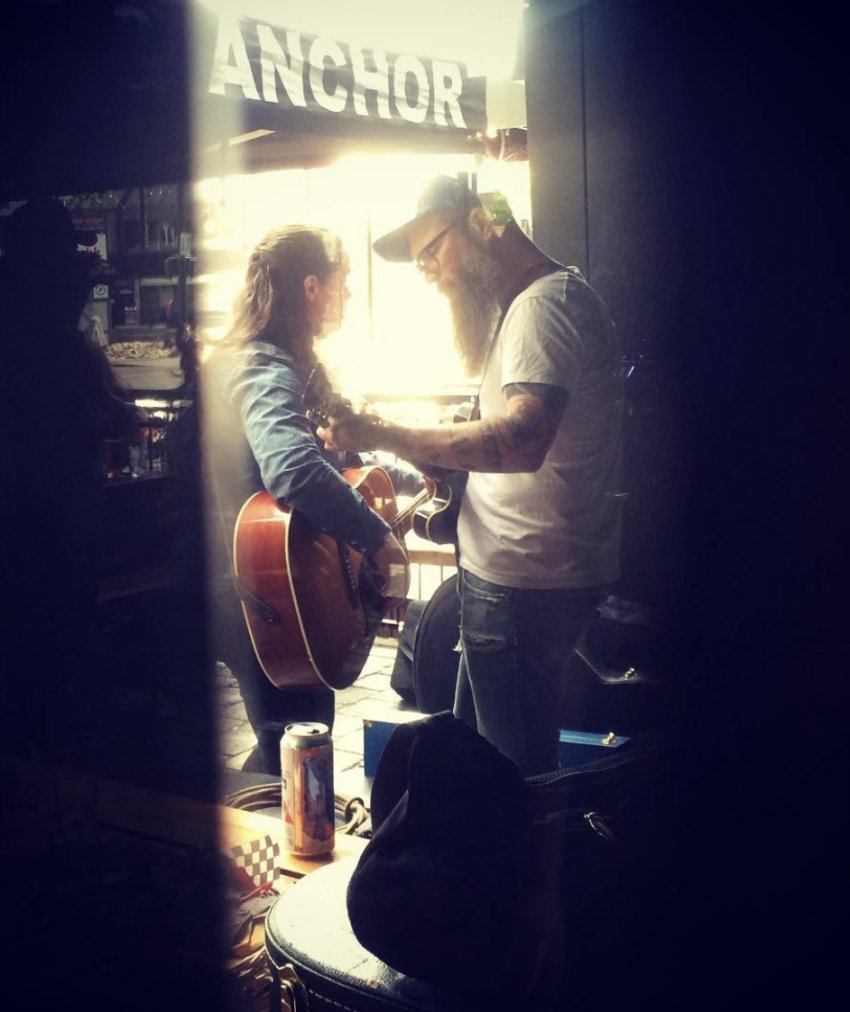 Danny Vacon and Mariel Buckley during The Ship and Anchor's songwriting contest, circa 2017. Photo by Keane Eng.

My first open mic guest slot here was a very cool experience. I hadn’t really played live before and my brother, T. Buckley, encouraged me to open their set with five or six songs. The guitar playing was bad, the singing was mediocre and the songs were half-baked, but everyone listening gave me a kind eye and a round of applause. Truly a special environment for a young musician.

As someone who loves bars and beers, like, a lot, somewhere like The Ship is so difficult to find. Its community support to artists of all disciplines, industry-friendly pricing and accepting space are not easily created. Calgary is lucky to have this watering hole because it offers the true character of our city to visitors, but it feels like home to everyone.

Letting me suck on stage seven years ago, letting me get pretty drunk, but not too drunk, being the place I’ve celebrated almost all of my major milestones, and for having the best and most kind staff ever. 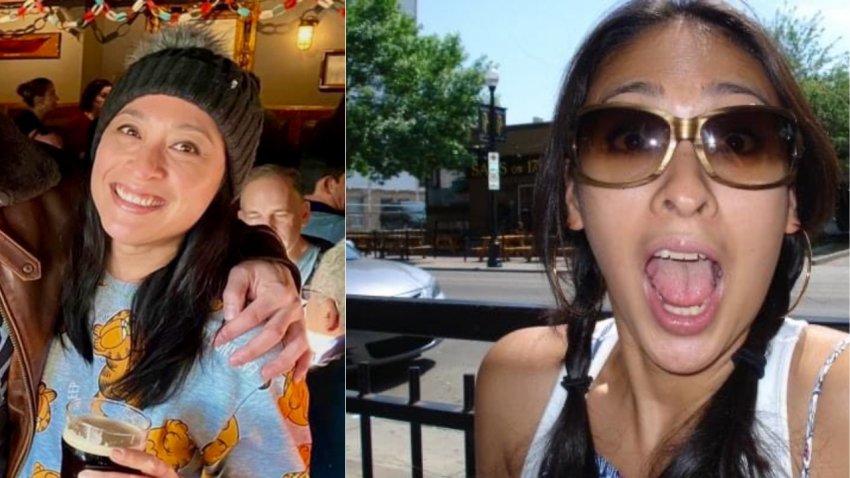 I will never forget my first time sitting on the patio in the middle of winter. It was my first Chinook experience and I thought it captured the positive, social spirit of Calgarians.

Like all good businesses, they’ve worked hard to be a part of their community. They highlight artists, support local charities and have created a hub for all people to gather. There’s also an edge to the Ship. It’s not a polished brand, which is why I love going there; it has so much personality.

Tolerating my bad behaviour on more than one occasion. 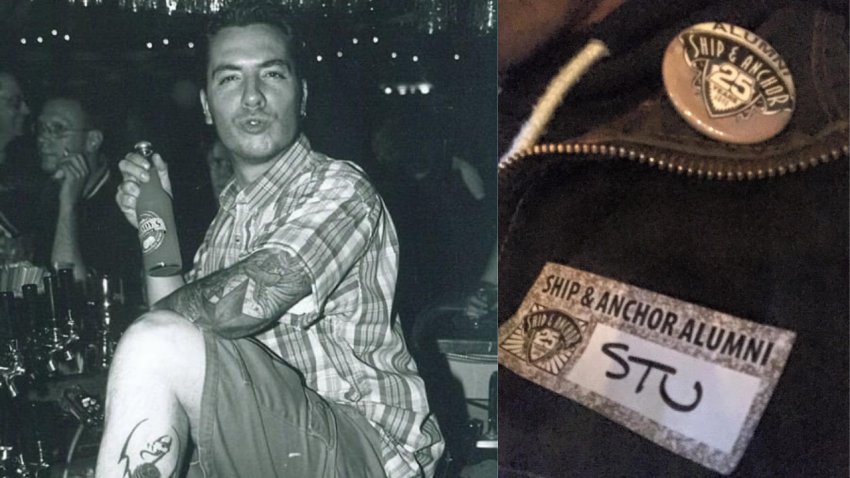 I'm not really a regular customer anymore, but I was a long-time bartender in my younger days. To answer your question, if you can remember your favourite time, you weren't drinking enough.

The Ship is important because it's been a really cool bar for a long time. It's always welcoming. It's a great place to become a regular and it's centrally located so it's easy to meet up with friends before, after or for a whole evening out.

I'd like to thank the Ship for the opportunity of employment the first seven years that I lived in Calgary. It truly is like a family. 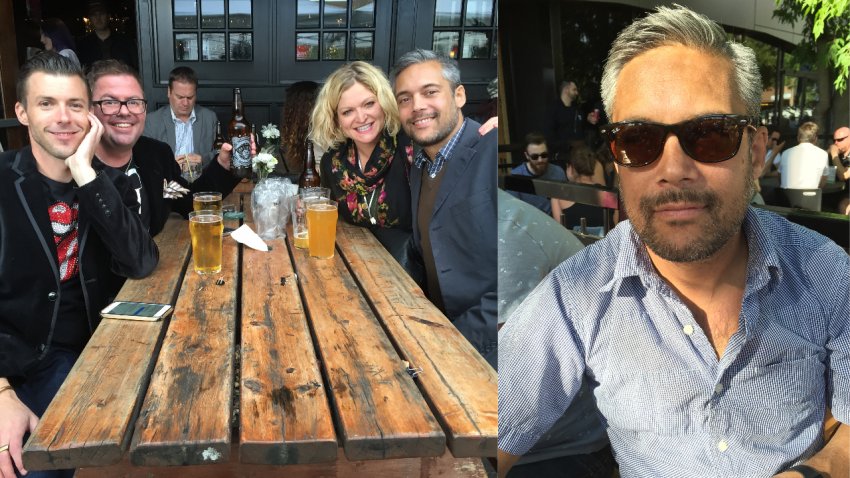 I have so many great Ship memories and experiences, it's hard to pick a favourite. A fun experience that stands out is meeting George Stroumboulopoulos, who I've always been a big fan of, on the patio during Stampede; then showing him and his friends around Calgary and the Stampede grounds.

The Ship attracts people from all walks of life. It's a place anyone can feel comfortable visiting, and you're often going to run into an old friend or acquaintance. The friendly, inclusive atmosphere is like Calgary's living room or basement rec room for so many of us.

Being such a dependable, solid establishment, a port in the storm in an ever-changing and uncertain world, a place that has always supported diversity and ensured that the LGBTQ2S+ community feels safe and welcome. I'm also so appreciative of the Ship's commitment to paying its staff well, supporting local initiatives and local and independent breweries, and, of course, the Ship Regulars Party every year. 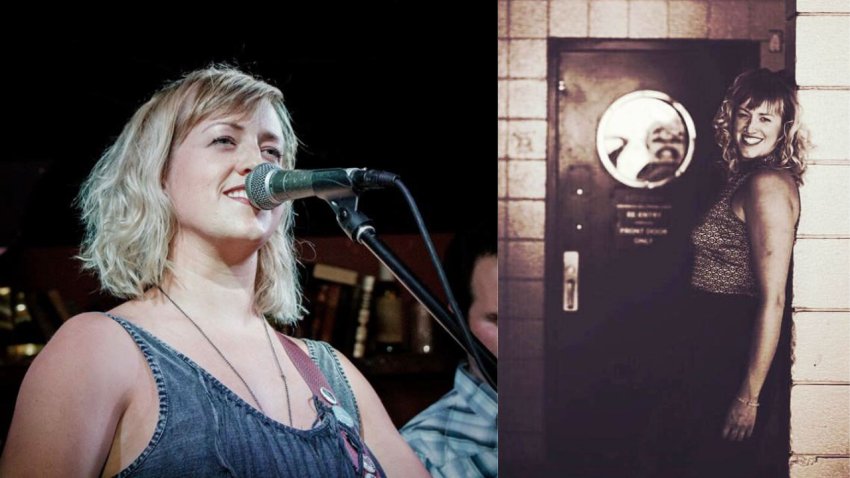 I always love The Johnny Cash tribute every year, the songwriting contest, the Saturday afternoon jams, but I will never forget playing the Hank and Patsy night during Calgary Stampede in 2017. The energy in the room was amazing and felt like everyone in the room was belting out the words along with us.

The Ship has always felt like a place that values safety, diversity and creativity. I think it's not only a bar, but a progressive community that treats people with respect and holds them to a level of behaviour that I greatly appreciate (shout out to the security staff). I can't say I feel as safe at other bars in the city as I do at the Ship, which to me, makes the Ship a very important institution and model for other venues to incorporate.

As an artist, I am grateful for the super fun performing experiences the Ship has allowed me to have over the years (shout-out to Darren OIlinger). Also, I want to thank its staff for working hard to keep what could be a pretty chaotic place a safe space for all people both before and during the pandemic. 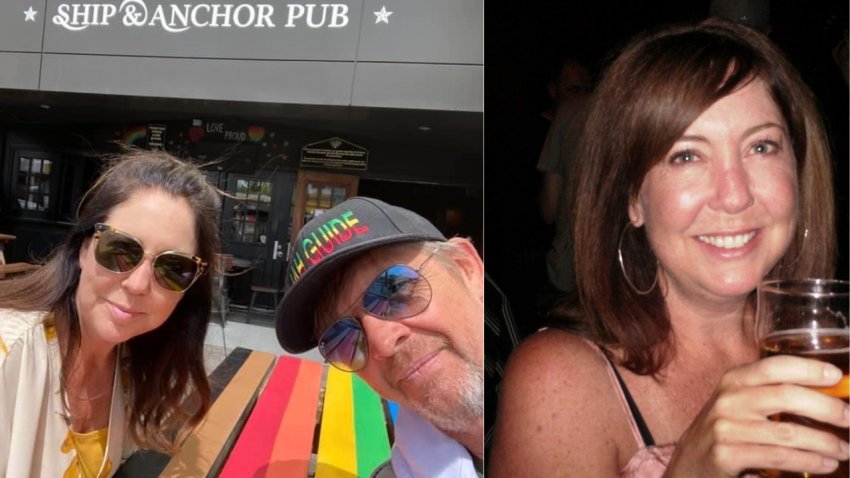 What's your favourite moment at the Ship and Anchor that you can recall?

I started going to the Ship in the early 90s so I have so many good memories. I played on the Ship softball team for years and I loved that our tattooed, hungover, but still Pilsner-drinking, alternative-music-listening group dominated the league of "real" athletes. Another favourite memory is my going away party at the Ship when I moved to Cayman in 1998. The Ship let me have one entire side of the pub and patio for a 12-hour epic party with all my friends; pretty much any important life event is celebrated at the Ship.

The Ship has always been a hub in the Calgary scene of 17th Ave but I think it has become an important Calgary institution because of how inclusive it is. Everyone is welcome at the Ship and the diversity makes it interesting, fun and a community-feeling pub that I am proud to support.

I'd like to thank The Ship and Anchor for...

Giving so much back to the Calgary community! They always have given back to the community over the years (Ship 'Nog, Celctic Jam, Folk Fest Songwriting Contest...just to name a few) and continue to do so. Since the pandemic hit I also view The Ship as a leader in safety for its [patrons]. 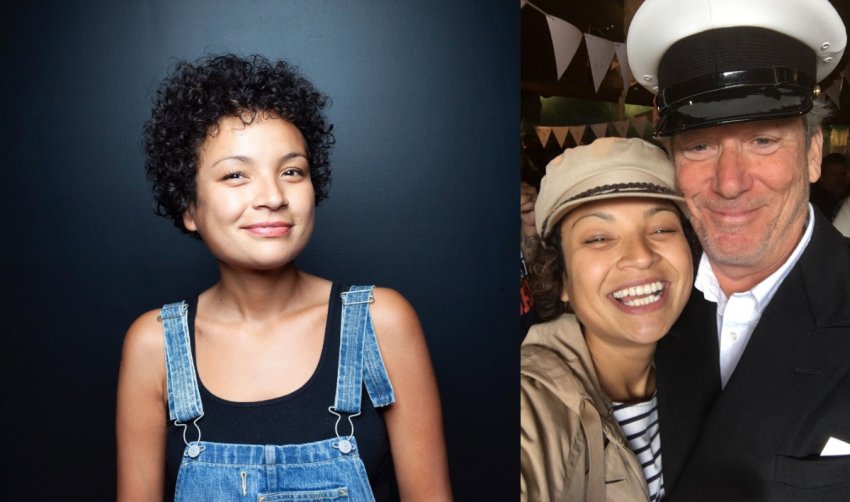 I have a few: I worked the 20th Anniversary and it was amazing to see everybody so excited and happy; I rigged a Punk Rock Bingo game so I could give my sister a bicycle for her birthday--she cried, I cried. It was awesome; my sister met her husband there. We were having beers and he walked by. 6 years later, they're happily married. Ship love story; I met my partner of 3 years there. Ship love story, again!

Anybody and everybody is welcome at the Ship. The Ship have developed itself as an inclusive hub for the community by consistently supporting great local causes (Ship Nog, Pride Beer), hosting live music (always free!), showing soccer games, running the Show Up 'n' Ship Out, and always throwing the best parties. Every great city needs a community hub, period.

I'd like to thank the Ship and Anchor for....

As an employee--I'd like to give the Ship and Anchor a heartfelt thank you for consistently supporting the staff and encouraging us all to express ourselves. A lot of work goes on in the background to ensure the pub runs smoothly and to keep the staff and patrons safe & happy.
As a patron--Thank you for throwing the biggest, badest, beer-soaked parties that Calgary has ever seen. And thank you for not changing the Ship Burger--now or in the future.

Ship and Anchor's charitable eggnog returns with a twist for 2020

Many Calgary restaurants to remove temporary patios on October 11

Where to catch live music in Calgary during the pandemic