After a year and half hiatus, Top Chef Canada is officially back in action for its milestone tenth season as of next month. Premiering on Monday, September 26 on Food Network Canada, the season will feature 11 talented chefs from all (well, most) corners of the country who will battle it out for the title of Canada's Top Chef.

Dubbed Top Chef Canada X, the season's announcement explains that each episode will pay homage to the past nine seasons of the series by bringing back signature challenges that past competitors have faced such as the Culinary Skills Race. New this year, the chefs will also head abroad for an episode (or two?) on location in the Caribbean. 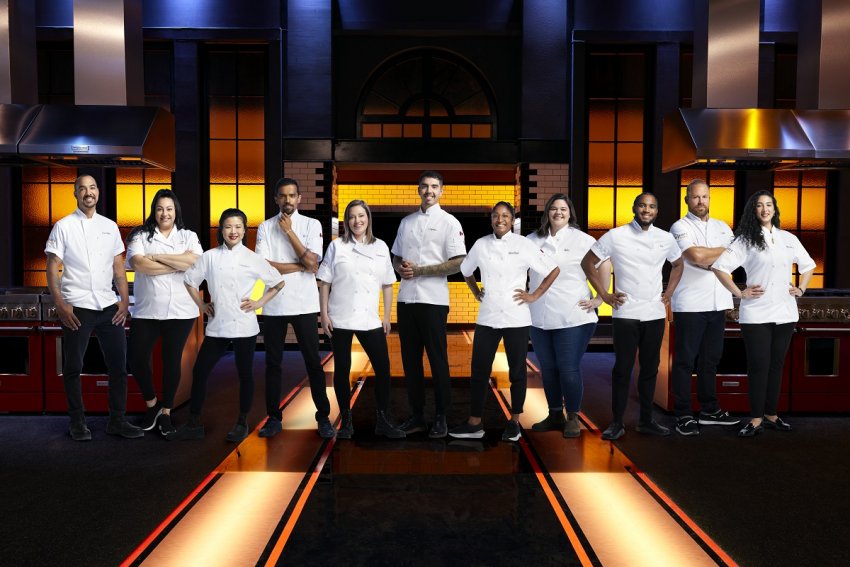 Surprisingly, this is the first year in a long time that there is no cheftestant from Calgary, but it's an exciting day for Edmonton as Lindsay Porter makes Top Chef history as the city's first-ever official competitor.

Of course, host Eden Grinshpan and the regular judging panel (Mark McEwan, Mijune Pak, Janet Zuccarini) is back for the season with newcomer judge David Zilber. The former Noma fermentation lab innovator will surely be a dynamic addition to the crew.