Since opening its Commercial Drive doors last June, The Downlow Chicken Shack has quickly become one of Vancouver’s most treasured eateries, serving up crispy Nashville hot chicken along with a number of unique combos and sides.

While it would have been easy for the popular chicken purveyors to continue on its trajectory as one of the city’s premiere chicken joints, they began introducing a weekly burger pop-up last fall inside The Downlow, focused on smashed-style burgers.

This week, The Downlow announced its plans to expand into a permanent location at The American in Vancouver’s Strathcona neighbourhood under its new name, Downlow Smash. The plan is to open in perpetuity this September, and both Downlow and The American believe their new partnership will produce stellar results.

“We are excited to have finally found a home for Downlow Smash,” says Doug Stephen, who updated the Downlow Burgers name to Downlow Smash to focus attention on its signature burger making methods. “We had been searching for a location for a little while, but when The American brought the idea to the table, everything just aligned itself. The American is a hot spot for sports games, pre and post concerts, and more. We can’t wait to introduce even more people to our smash burgers.” 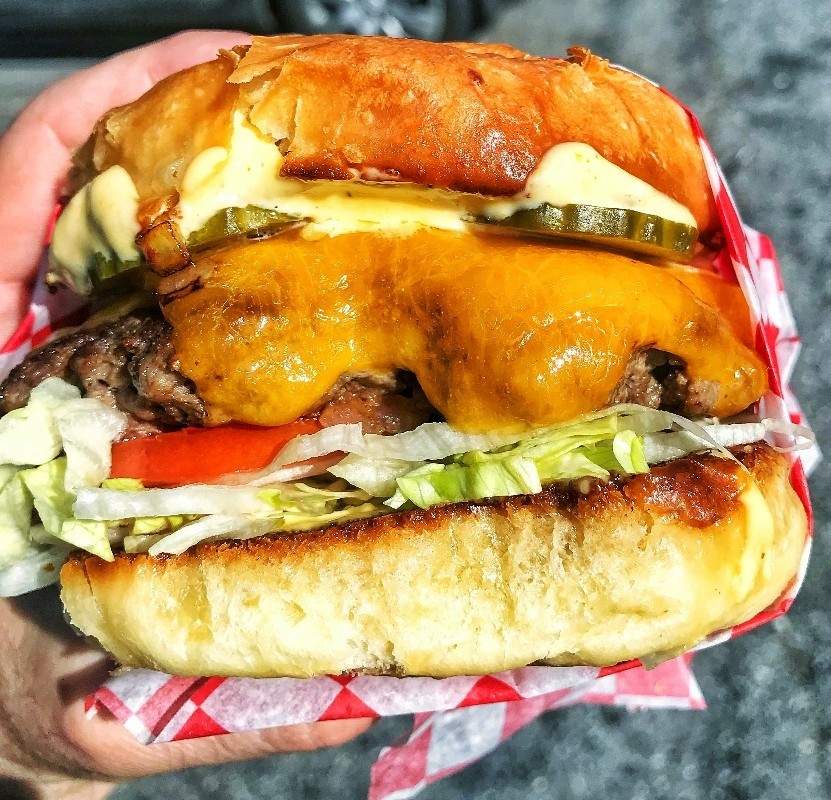 The signature smash method at Downlow Smash focuses on firmly smashing each patty down into a flat shape to create maximum crust for an extra savoury flavour. All Downlow burgers are made with dry-aged beef ground from Two Rivers Meats along with fresh-baked buns from Livia Sweets.

The menu features a selection of burgers modeled after popular flavour profiles like Tex-Mex, barbeque, and banh mi. Downlow also offers a series of savoury sides like chili cheese fries, house-smoked onion rings, as well as a variety of salads.

“We are very excited to start a new chapter of The American with Doug and Lindsey,” says Patryk Drozd and Simon Fallick, owners of The American. “Downlow Smash is going to be an incredible addition to The American and we are looking forward to sharing it with everyone.”