Earlier this month, a new out-of-season offering hit Sunterra Market shelves across Alberta, showcasing both the capabilities of the company’s cutting-edge greenhouse and the potential availability of fresh produce in perpetuity.

While fresh strawberries are typically only available to Canadians during the summer and early fall months, Sunterra’s Dutchess Strawberries—a varietal derived from the Netherlands—are able to grow year-round thanks to the Sunterra Group’s relatively new 20-acre greenhouse in Acme, Alberta.

Using optimal humidity, temperature, and irrigation systems, the Sunterra Greenhouse has become the first in both the province and the Prairies to produce peak growth performance for 12 months of the year, which Sunterra says yields firm berries bursting with juicy flavour. 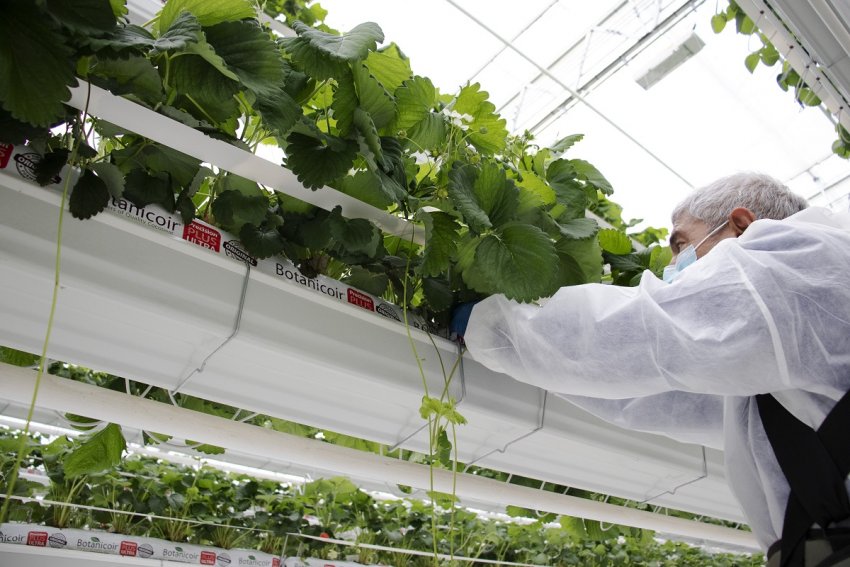 “We’re thrilled to share our locally-grown berries with Albertans who value fresh, local produce, grown right here at home,” says Amanda Hehr, President, Sunterra Greenhouse. “In a province that currently relies on over 90 per cent of its produce being imported, we’re bridging that gap and what’s perhaps even more exciting, with a berry that is sweeter and juicier than any others on the market.”

In addition to increasing local food security by virtue of being able to produce more fresh foods year-round, the Sunterra Greenhouse also aims to bolster the province’s job security with the goal to employ more than 200 workers.

Sunterra’s Dutchess Strawberries are available at Sunterra Market locations in Calgary, Red Deer, and Edmonton. More information about the Sunterra Greenhouse can be found online.