It’s never easy saying so long to the summer season, but one aspect about the coming of fall that always seems to ease our passage is knowing that we’ll soon be treated to a fantastic new assortment of fresh ingredients during the fall harvest.

One of our favourite and most under-utilized fall fruits is the sea buckthorn berry. While most berries are usually hitting their peak in the warmest of months, like the late-blooming cranberry, you’ll find sea buckthorn berries at their best in the fall. But unless you pay close attention to the specific in-season selection of every Canadian region, you may be wondering what exactly a sea buckthorn berry actually is.

Sea buckthorn, also known as Siberian pineapple, sea berry, sandthorn, or swallowthorn, has been used for centuries as a pharmaceutical ingredient to lower fever, reduce inflammation, counteract toxicity, and clean the lungs. Though some records indicate that the berries were first found in the coastal regions of Europe and Asia as early as 5,000 BC, they made their first appearance in Canada in the 1930s as a transplant from Siberia. 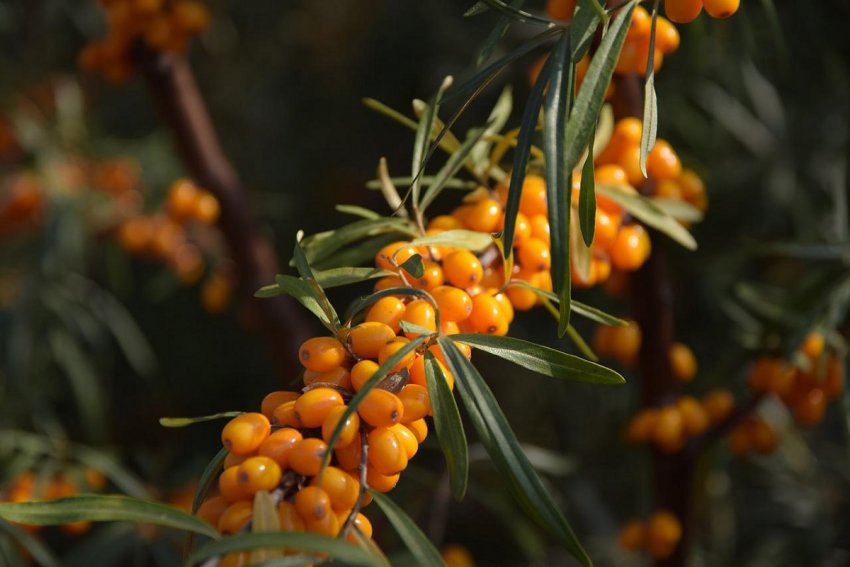 Although many still use the vitamin-rich sea buckthorn oil topically as a form of skin therapy, since there appears to be no scientific evidence to support its medicinal application, we’ll stick to enjoying it exclusively in our food and beverages for the time being.