After a successful festival run this past fall, Canada's premier food-and-film festival is now preparing for what's to come, having officially opened film submissions for Devour! The Film Fest 2023 as of this week.

Submissions can be made via FilmFreeway in five different categories: Short Documentary, Short Dramatic, Feature Documentary, Feaure Drama, and Animation.

Known for having a new annual central theme each year to help bring all aspects of its festival--culinary workshops, screenings, dinners and otherwise--together, Devour and its co-directors Lia Rinaldo and Michael Howell will be placing a focus on French food and culture for their fall 2023 festival.

While your mind may immediately hop over to France (or at least to Quebec!), the festival notes that they are aiming to incorporate aspects of Acadian, Cajun, Creole food cultures as well. 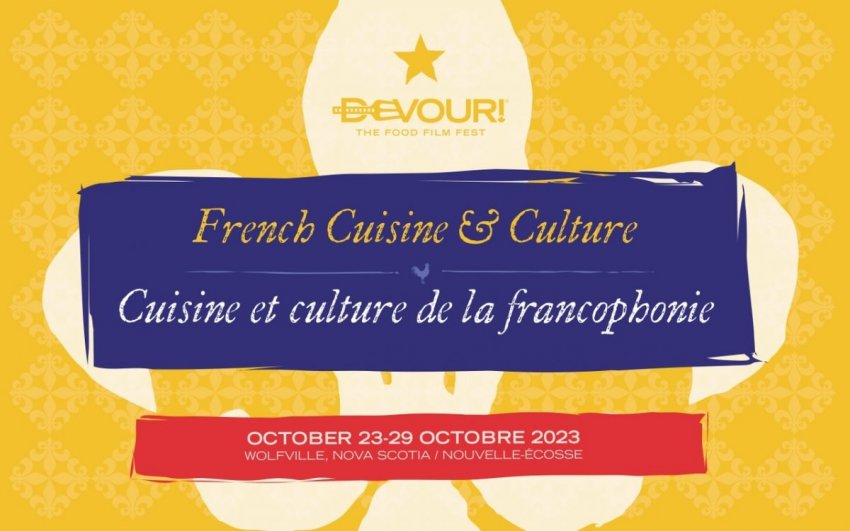 With all of this said, the festival does incorporate food-centric films outside of its main theme each year.

"We are seeking French-language films as part of this spotlight program and, as always, films from around the world featuring food (virtually any part of the food chain) as a central narrative," said Devour's submission announcement on Facebook.

Over the years, the festival has seen many famous personalities attend and help present including Anthony Bourdain, Phil Rosenthal, Bill Pullman, Dominique Crenn, Chuck Hughes, and many more.

A post shared by Devour! The Food Film Fest (@devour_fest)

There are variety of deadlines for film submissions for this year's Devour! The Food Film Fest with the first being March 31, 2023 (Earlybird). Filmmakers will be notified about their festival acceptance by August 25, 2023.