I’m not a foodie.

That’s not to say that I don’t admire the artistry of chefs serving smoke-infused foie gras and fresh caviar, but… What’s there to say? I’m used to steaks so well done that they’re hockey pucks by the time Gramps takes them off the barbecue, and the taste of chicken so dry that I wouldn’t doubt that the poor bird was left out in the desert.

And don’t count on me trying to cook anything better. I’ve mastered the art of cereal and Pop-Tarts, as well as Kraft Dinner on a good day. Oh yeah! I can also make popcorn with a special flavour that I like to call “burnt umber.”

You may want to pat my back with a note of sympathy if you’re a culinary prodigy, but don’t fret for me. The thing about food is that it’s not always about the taste.

It’s about the smell.

Think about it: most of taste comes from the ability to smell. Sure, our taste buds enhance the experience, yet the aroma of freshly baked cookies from the oven (other than my own, of course) can hold such meaning for a person. After all, a smell can conjure up memories of our past so strongly that we feel like we are back reliving that moment.

That moment could be anything, from a family potluck on Christmas to a romantic anniversary dinner with a beloved partner. But, the smell of food might not create such heartwarming flashbacks. It could be the stale scent of hospital food mixed with a sterile cleaning agent. It could be the smell of rotting meat and vegetables long forgotten in the fridge.

It could be an aroma that reminds us of loss. 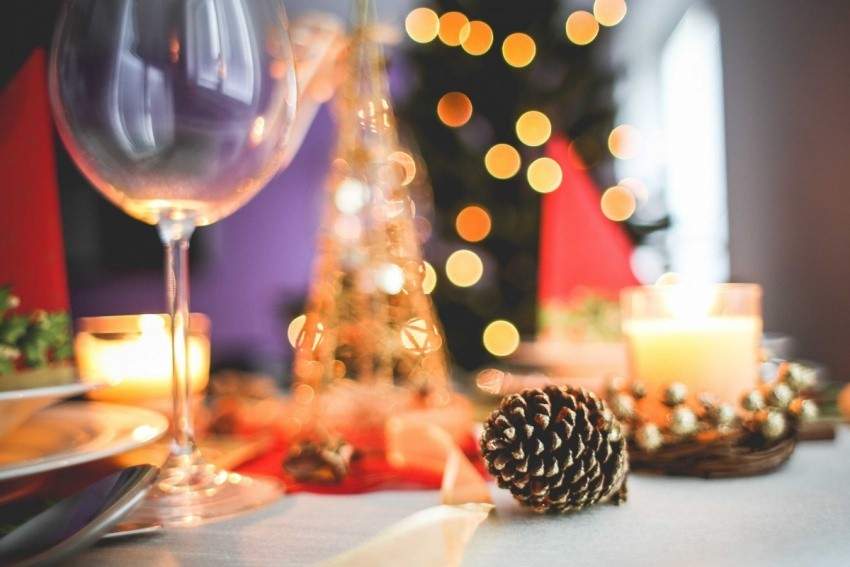 Especially as a kid, where my family would all gather to celebrate, and you better believe that involved a lot of screaming kids, tired parents, and a truckload of presents for the former and eggnog for the latter. The next best thing after seeing family, however, had to be the assortment of potted dishes that magically appeared on Gram’s counter. Oh yes, that’s right.

And as God as my witness, the dish that I looked forward to every year, that could only be described as a divine gift for my taste buds, was my mama’s hamburger soup.

I get it, you might be scoffing a little, or maybe you too understand the heavenly food that is hamburger soup--if it’s made correctly, of course.

And you bet that my mama didn’t skimp out on pouring all of her love into that dish. One spoonful and I would be transported by all the flavours, by the thyme and parsley, by the garlic and tomato, by the hearty beef, which were all topped off with ground black pepper.

Just thinking about it makes my mouth water.

When it came time to eat, I was at the front of the line in a hot second with bowl and spoon at the ready. I never started off Christmas dinner with any other dish. I respected the Hamburger Soup too much to leave it for last (and risk it getting cold).

At that first bite, I would close my eyes and just bask in the moment. Everything would melt around me and I would soon be sitting in an extra comfy armchair next to a warm cozy fire, and my fluffy pink teddy bear clutched in hand. I would watch the flames dance and cuddle my beloved stuffed toy. And then... I would be brought back to reality by a child screeching about their hatred for vegetables.

One time, I noticed my mama staring at me from across the room with the most heartwarming smile on her face. It was the kind of smile that had me bolting from my chair to hug her fiercely and say a great big “thank you."

As I was embracing her, I never looked up to see the joyful tears gathering in her eyes. 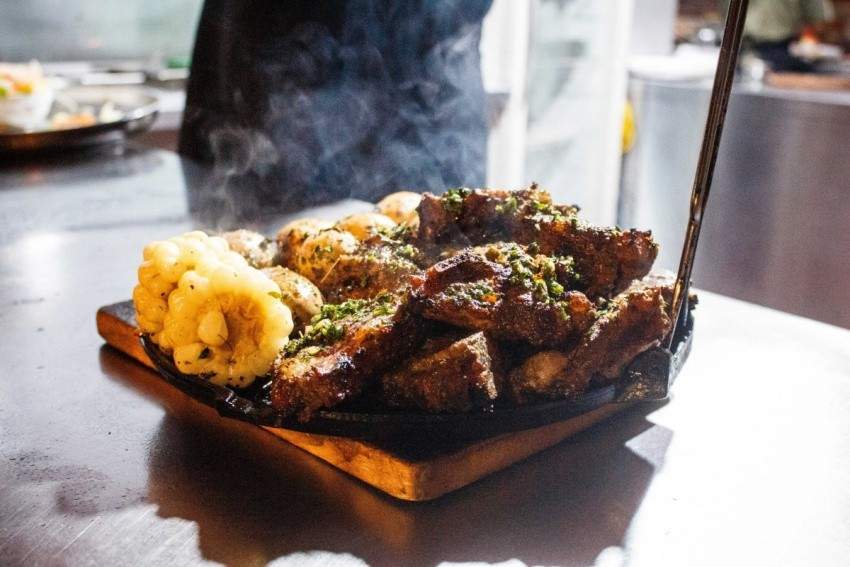 I mean, what on earth are you supposed to make on your third date?

This is the date where they come to your house and you’re supposed to show off just how unbelievably amazing you are as a cook, just how much skill and prowess you’ve acquired from years of experience. My God, you can’t do takeout. That’s a cop out. No, you’ve got to make something that’ll blow their mind, and make you even more attractive and that much more of a catch.

Obviously not. They’re expecting a feast, five-course meal worthy of a Michelin star.

Okay. Maybe not that far. But, it has to be good. Even if the relationship falls through, I still have my reputation to uphold, which really isn’t tied to an awesome cooking ability, though I’m not one to take chances.

So, my date arrives. Not too early, not too late. They’ve got flowers and an easygoing smile. And if I’m not mistaken, that’s a bottle of wine in their hand. Oh wait. They have two bottles of wine: red and white. A very good sign (as well as patriotic as a Canadian, but I may be reaching a little as to how much thought is in the gesture).

We get through the pleasantries and we finally sit down to eat.

Now, guess what’s on the table. Well, of course.

They take their first spoonful, blow on it a bit, and then have their first bite. Meanwhile, I am watching all of this with bated breath and a rather crazed look in my eye. They quickly exclaim how wonderful it tastes and I sigh in relief. They say that I must be a very good cook and if they can have the recipe.

I don’t give them the recipe.

Afterall, my mama is the only one who is allowed to make hamburger soup. 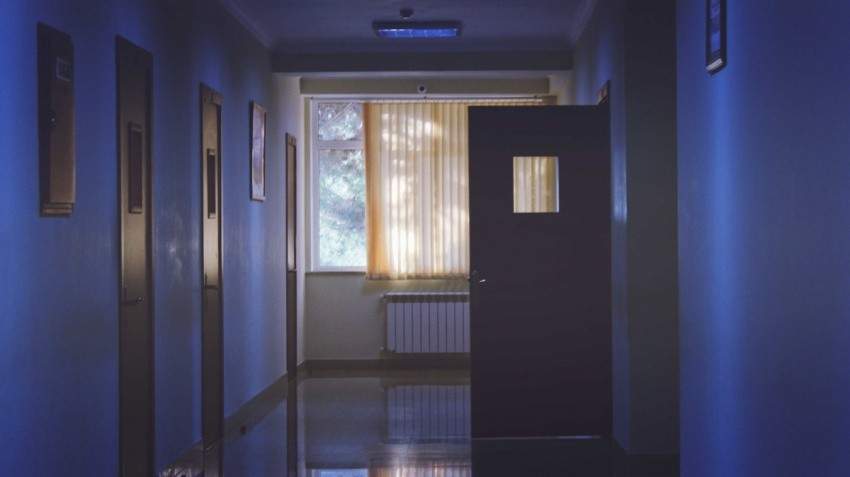 I don’t really know how I feel about hospitals.

They help people. I know that. God knows that, everybody knows that.

But sometimes there is only so much they can help.

Her room is littered with items, ranging from large colourful bouquets of flowers to child-drawn art done with seemingly all the crayons in the box. There are balloons tied to her bedpost saying, “Get well soon” and cards standing on her bedside table with, “Thinking of You” emblazoned on their fronts in cursive. The brightness of all the well-wishing items contrasts with her pale skin. She’s almost… translucent.

The thought hurts; feels like there’s a pit in my stomach, but it’s ironically empty. I haven’t eaten for I don’t know how long. Every time I see her makes me feel sick, makes me feel like throwing up. I feel like cursing whatever God is up there for doing this to her--to my rock, to my everything.

People say that there’s a reason for everything. Is there? Who even says that? Is it people who haven’t gone through this pain? This agony of seeing a loved one on the brink of death and being able to do absolutely nothing?

Or, maybe they have gone through it. And they’ve come out on the other side. They have a wound that will surely scar, but they can understand that things happen. Whether there’s a reason is still up for debate. You have to keep going, keep moving forward and it’s simple as that.

So, with this mindset of pushing through the despair, I decided to do something for my mama. Something I knew she was desiring but didn’t have the heart to ask for.

I remember walking into the hospital. I went up the elevator and walked to her unit. I told the nurse who I was there to see and she let me go through. I walked to her room.

Instantly, her face lit up.

She always attempted to smile when I came through that door, but usually I could see how painful it was, and how her eyes betrayed her inner struggle. This time, however, her lips cracked into that old smile from before and brightened the whole room as if she had become the embodiment of the sun.

I am terrible at cooking most anything, but there is one delicious meal that I learned or rather compelled myself to make.

And that was hamburger soup.