When life gives you apples, make gin, not jam.

That’s what Simon Buttet did while dallying as a distiller in his spare time after moving from France to the Okanagan five years ago.

A chemical engineer by trade, Buttet applied his sciences knowledge to create gin, liqueur and absinthe—all from the juice of Okanagan apples. 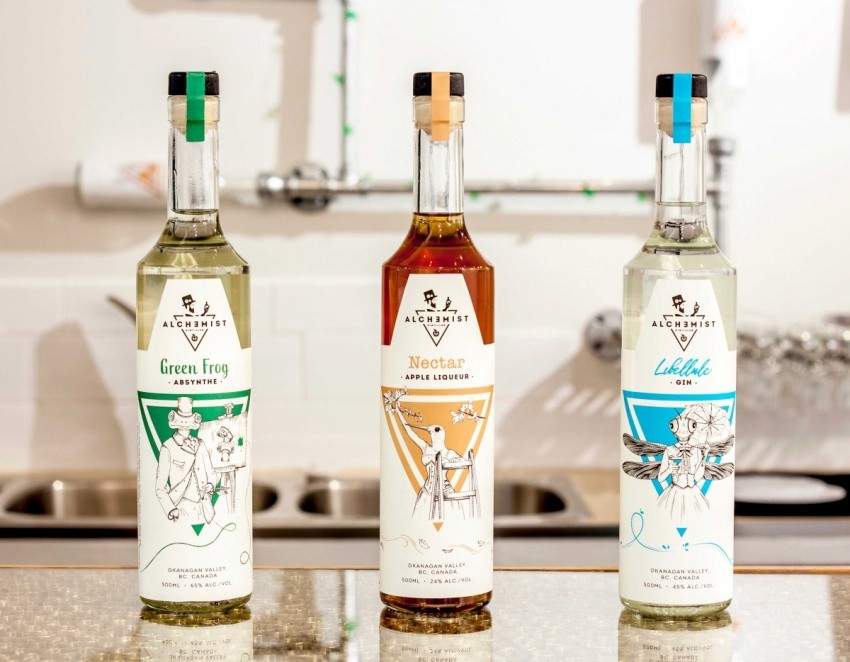 Buttet also built the still; a stainless steel and copper conglomeration of tubes and pots that have been working overtime since December before Alchemist Distiller's official grand opening that took place June 1st.

Gin aficionados will be impressed with Libellule, the French word for dragonfly and an apt name for this delicate, but surprisingly complex, gin with layers of coriander, lemon, orange and lemongrass, with notes of lavender and black pepper. This pretty dragonfly is begging to land in a martini glass with a simple twist of lemon rind for garnish.

The liqueur, Nectar, is loaded with apple pie spices and toffee notes of browned sugar. It’s ridiculously drinkable and if you were one of the folks (guilty, your honour) who went gaga over Sortilège, a maple and whisky-based Canadian liqueur, you’d do well to grab a bottle of this lovely amber liquid.

But, it’s the Green Frog absynthe (which Buttet spells with “y” here) that makes one curiouser and curiouser because Canada’s spirit history is storied in whisky, not a Swiss-invented, herbal elixir with a high alcohol by volume (ABV)  that can knock you into next week, if you’re not careful. The Green Frog clocks in at 65 per cent ABV. 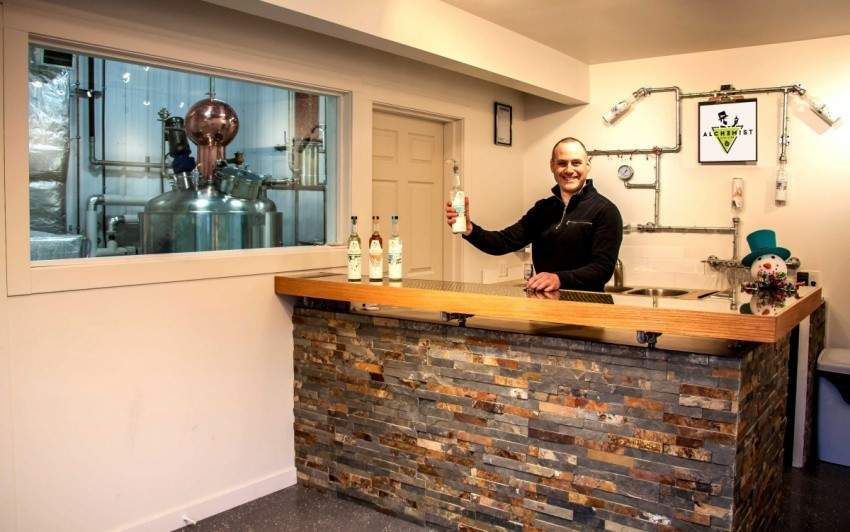 “The more alcohol, the more flavours it can carry,” explains Buttet of this very smooth green elixir with subtle notes of wormwood and the distinct flavours of licorice and anise.

The name Green Frog is Buttet’s tongue-in-cheek nod to his homeland and alludes to la fée verte (Green Fairy), the centuries old nickname given to the spirit by French supporters called absintheurs.

You can find Libellule, Nectar and Green Frog at select British Columbia liquor stores, but I’d suggest a visit to the distillery for a tasting and to hear Simon Buttet tell his story. Find him and his copper still, along with 30 other wineries, cideries, breweries and distilleries on the Bottleneck Trail located in and around Summerland.