I've always been somewhat awestruck by the impressive displays of panettone in markets like Italian Centre Shop in Edmonton and Calgary and Deluca's in Winnipeg. Towering stacks of imported Italian sweet bread seem to pop up during the holiday season as well as Easter, and once the distinct packaging catches the eye, it's into your cart and out the door along with the rest of your groceries.

Regardless of what holidays you choose to celebrate, is there ever a bad time to enjoy a panettone? The answer is a definitive no. 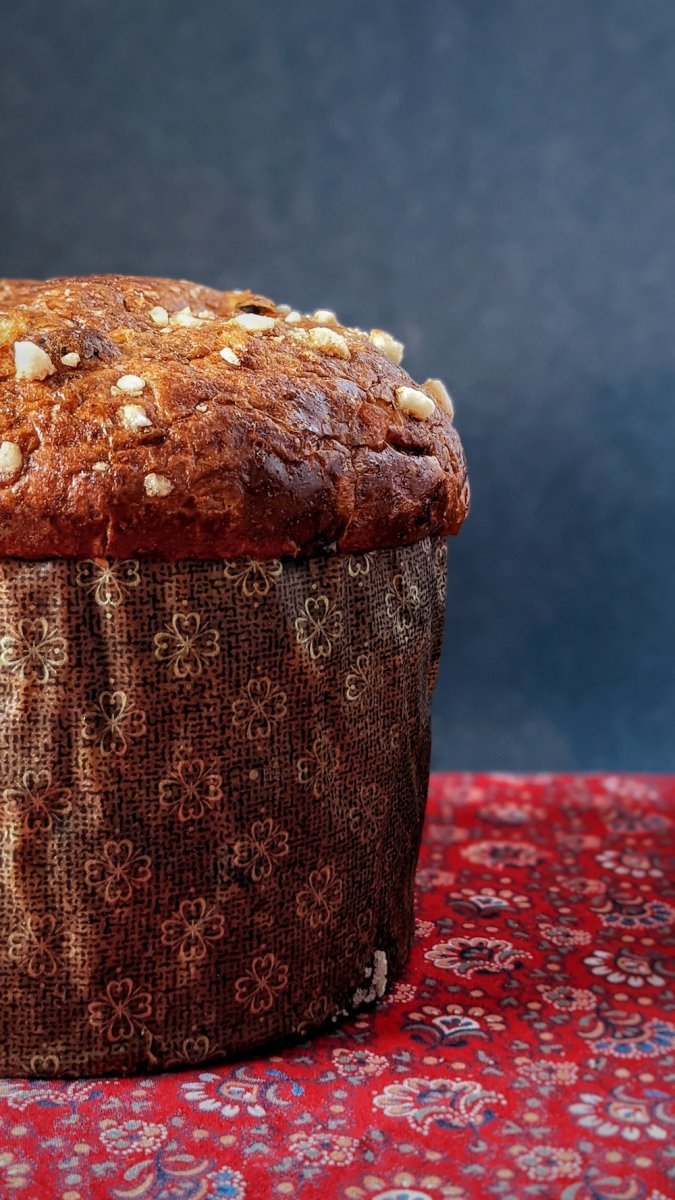 Perhaps best described as a fruit cake's much more palatable and elegant cousin, panettone's roots date back to the Roman Empire and, regionally, has origin ties to Milan. If fact, it's such a beloved baked good of Italy–and an integral part of its culinary identity–that the country has actively been trying to have it assigned with a protected designation of origin (PDO). An approval of a PDO would make panettone the Champagne of holiday treats of sorts, wherein only tall sweet breads baked in a certain area of Italy using specific ingredients could be referred to as "panettone".

Italians seem to take their panettone so seriously at times that many of those of Italian descent here in Canada will only opt for certain imported varieties and may also consider it blasphemous that local bakers are creating their own variations on the theme in different major cities.

We are never ones to turn down the chance to indugle in seasonal baking of all shapes and sizes, so until that PDO happens, here is a list of bakeries and grocers across Canada where you can find freshly-baked panettone.

There are two bakeries in the Vancouver area where locals flock to at this time of year to get their hands on a panettone or two.

Antise is an industrial bakery and, as such, it does not have a storefront. Find it for sale at various Vancouver specialty shops as well as restaurants such as Giovane Café and Di Beppe (available for online ordering, $38 each) from now until the end of December.

Second, a popular mainstay of Commercial Drive, Livia. The bakery-meets-restaurant concept offers up a delicious-sounding panettone made with roasted pistachios, house-candied orange peel and currants. It's available for $36 a loaf and it being described as "Christmas morning in bread form" makes it all the more enticing for one to enjoy over the holidays. 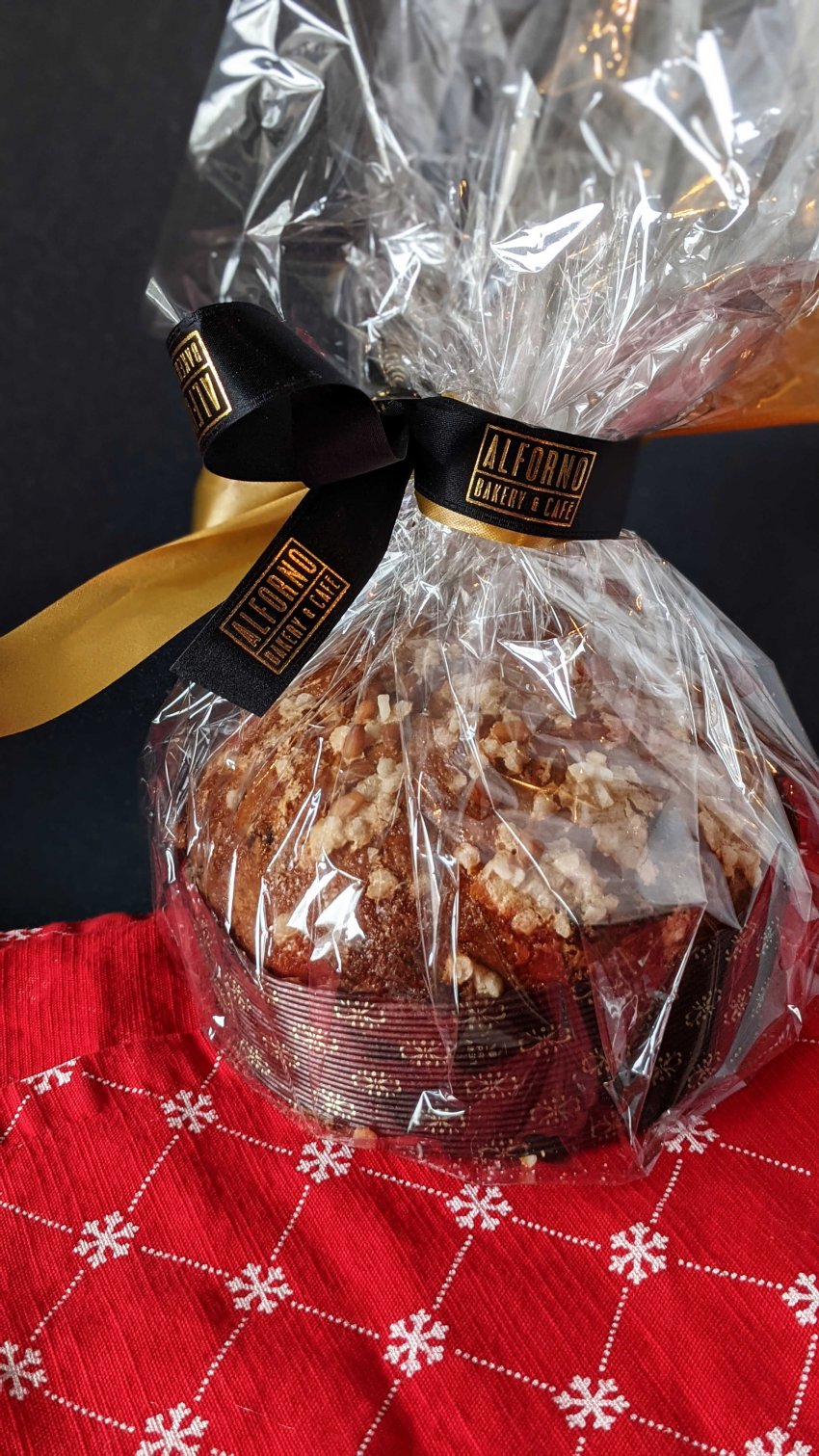 Perhaps somewhat surprisingly, Calgary comes through as a hotbed of quality, locally-made panettone. Who knew?

Teatro Restaurant Group's flagship bakery, Alforno Bakery & Cafe, is baking up two different types of the light and airy Italian delicacy for the 2020 holiday season. Pastry chef Daniel Ramon has created a pistchio, orange and white chocolate flavour ($22) along with a more out-of-the-box–figuratively and literally–peanut butter and milk chocolate offering ($22). Being slightly smaller in size than the other major panettone player in town, these loaves are easy enough for a houshold of two to polish off in a couple of days.

The celebrated and lonstanding Lina's Italian Market has been baking this holiday treat for years and goes for epic height and a classic flavour combination of candied citrus peel, raisins and a touch of Grand Marnier ($19.99). Typically made with egg yolks, Lina's has also created an orange blossom and dark chocolate panettone ($21.99) that is slightly denser, but more importantly, vegan. 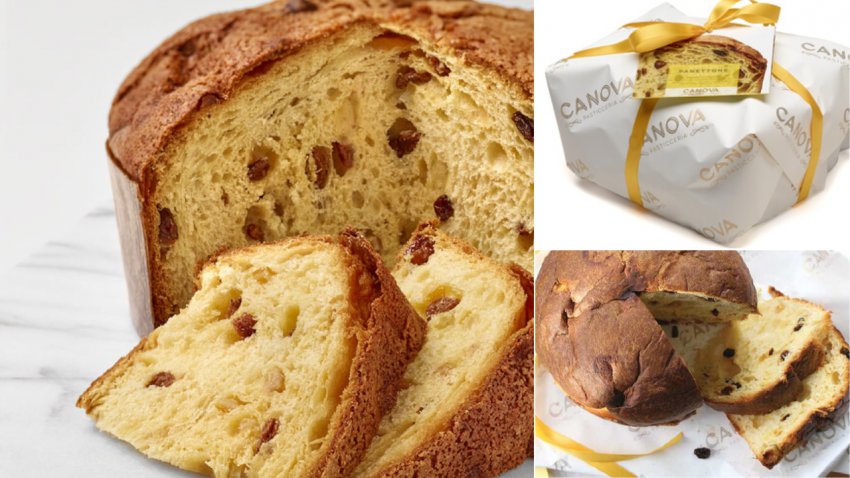 When looking into where one could find freshly baked panettone in Edmonton, the answer from my industry colleagues was swift and resounding: Canova. The Italian pasticceria keeps things traditional with their recipe, which they say was passed down through the family over generations.

The city's bustling Italian grocer, Italian Centre Shop–now with three locations–also bakes up a traditional panettone during the holidays, but it is much better known as a place to find a wide array of the imported variety.

Why not get one from the motherland and one baked fresh to compare? 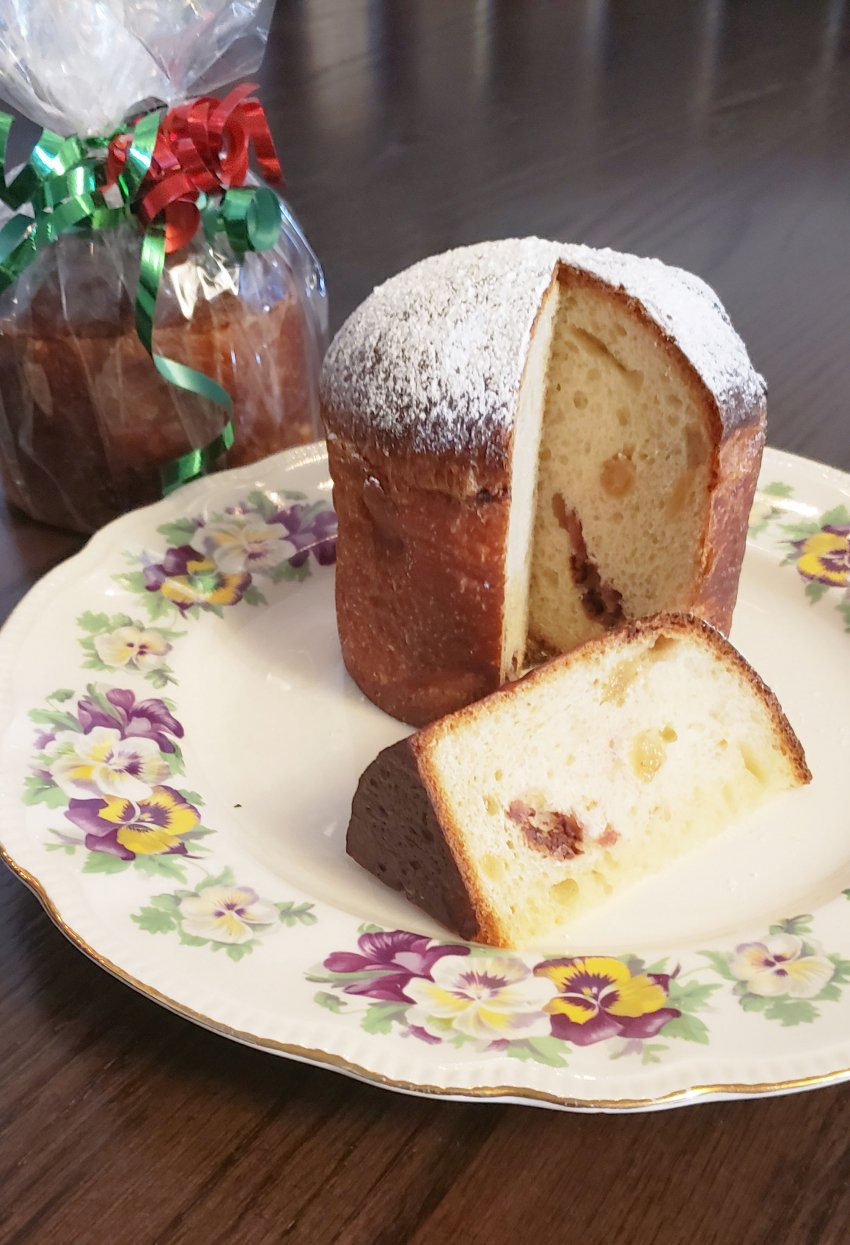 Available only in their holiday gift baskets, folks in Regina can look to Crave Kitchen and Wine Bar for some locally-made panettone. The traditional baked goods–which are made by chef Jonathan Thauberger–are studded with chocolate and paired up with a mix of other interesting in-house products including biscotti, smoked salt, a Crave spice blend and even a $25 gift card for the restaurant. With two sizes ($50 and $80 respectively), the baskets seem to be a heck of a deal and 10 per cent of basket sales will be donated to the Regina Food Bank.

One of Saskatoon's most beloved bakeries, Christie's Mayfair Bakery, has been baking up panettone for decades. Their take on the classic is $24.95 and sees the addition of almonds and a little cocoa powder. I'm into it!

Forno Cultura seems to take the cake in Toronto when it comes to stunning, contemporary panettone. Their "Classico" variation is topped with bitter almon meringue, pearl sugar, roasted almonds and sea salt. Not much classic about that enticing re-imagining.

Popular patisserie Goûter also throws its hat into the sugary, floury ring with three different types of panettone ($40 each). Outside of a traditional offering, they also make a sour cherry and white chocolate variation as well as an especially decadent panettone made with white, milk and dark chocolate.

It's a real shame they don't ship these beauties across the country, but Torontonians can order online for pickup at the patisserie.

Sud Forno by Terroni is also baking up panettone this holiday season. Their Panettone Artigianale comes in three varieties–the milk chocolate and cherry sounds especially enticing–and ring in at $35 a loaf. Local delivery is available as well. 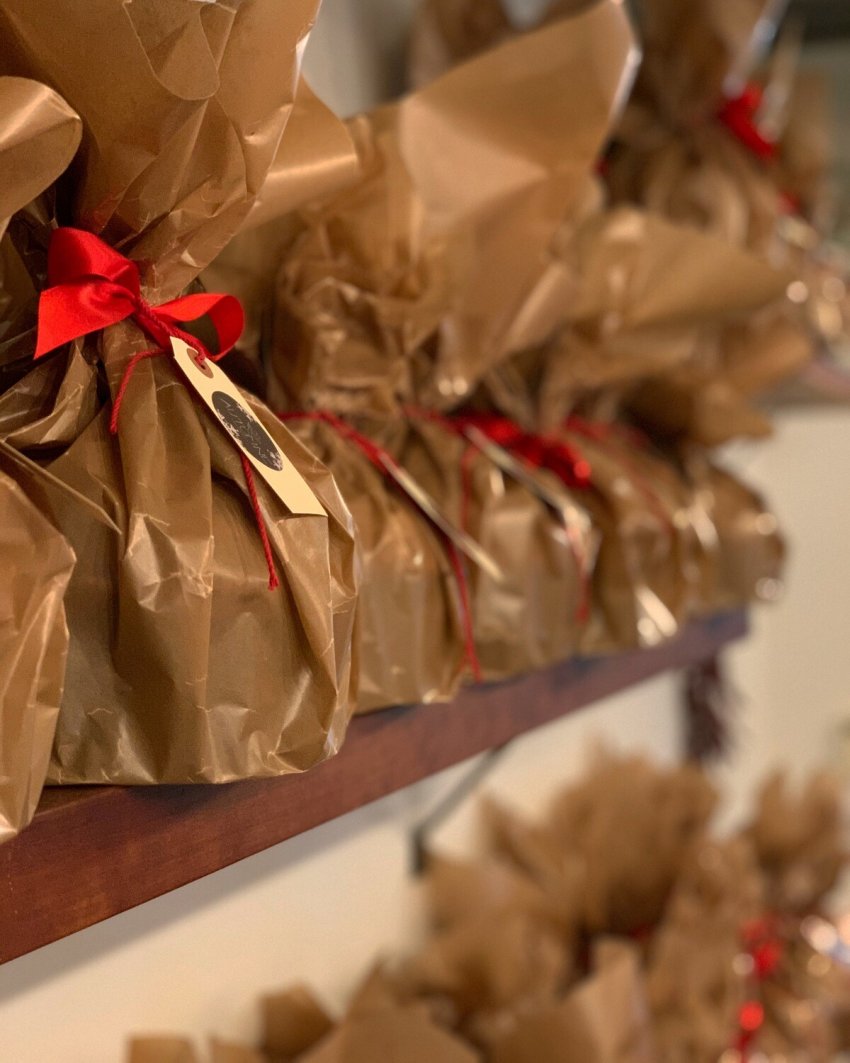 Former Montreal Gazette restaurant critic and columnist, Lesley Chesterman says she swears by Hof Kelsten and Automne Boulangerie when it comes to a locally-made version of panettone.

Automne puts their subtle twist on panettone ($30, pictured above) by adding dried blueberries, apple and almonds to their base sourdough mix. Orders are available from Fridays to Sundays until the end of December.

Hof makes a classic version and a chocolate orange version which is topped with marcona almonds and pearl sugar. Both types come in two sizes (500 or 1,000 grams) and are beautifully packaged.

Tracking down locally-made panettone in Atlantic Canada has proved quite difficult, save Manna European Bakery in St. John's. The European-style bakery's version of the sweet bread offers up plenty of candied fruit, raisins and a topping of almond slivers and powdered sugar.

Cherry tomato focaccia from the Cooking with Mamma Marzia cookbook