Spring in the Prairies is a magical time. The sun begins to melt the snow away, the days become progressively longer, yet more manageable, and all kinds of fresh fragrances and colours start to materialize as the environment is seemingly born anew. It’s also a time when seasonal cocktail menus transition from warming comfort drinks designed to keep you cozy into fresh, vibrant drinks that mimic the unabashedly cheery and bright demeanor of the new season.

The Turner Valley-based craft distillery originally developed the spirit as a special edition release for our Prairie Grid dinner series, which focuses on promoting local Prairie chefs and artisans like Calgary's Porter's Tonic, Saskatchewan fashion designer Laurie Brown and Winnipeg's Pepō Ceramics. Because of the overwhelming response it received, Eau Claire Distillery is bringing back a slightly modified rendition to bring in the new season. The Prairie Grid varietal sold out in hours and had scores of thirsty gin-lovers wanting to purchase it after the limited run had ended, so this time, the limited release is being produced on a somewhat larger scale. 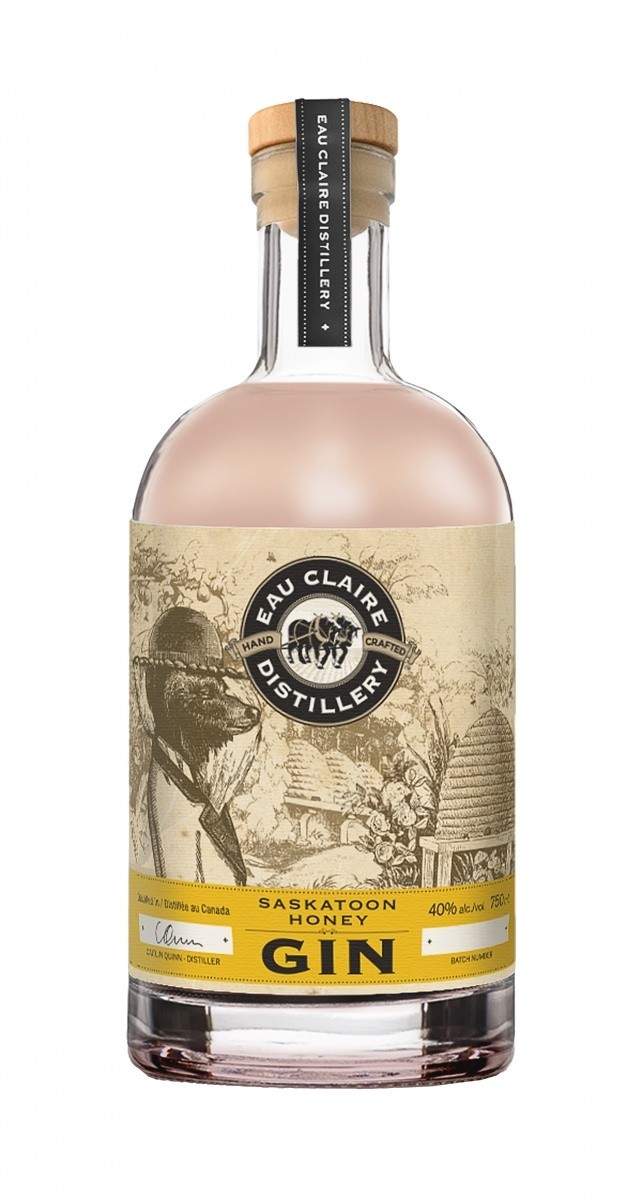 “Originally, I was developing for this product with Prairie botanicals in mind, one of which we were already using in the Parlour Gin recipe: Saskatoon berries. I then decided to pair this tart berry with local honey to sweeten the gin to make our own version of a British sloe gin," said Caitlin Quinn, Eau Claire Distillery Master Distiller. "The pairing worked so well for the Prairie Grid Dinner Series, and sold out quickly, so we decided we would bring it back as our spring seasonal this year--a little less of both the honey and the Saskatoon berries in order to produce a lighter, drier spirit.”

The Saskatoon honey gin will be available in 750mL bottles at roughly $58.00. Retailers are already able to order the gin directly from Eau Claire Distillery and it is available in select liquor retailers throughout Alberta today. Those who aren't lucky enough to snag one today can find it on Thursday, March 21st at the Eau Claire Distillery Calgary Farmers Market Booth as well as Friday, March 22nd at the distillery’s tasting room in Turner Valley.