Bread is the staff of life, but for someone on this week’s show, bread is the end of their life at the Great Canadian Baking Show. And I admit, I was a little surprised in who it was.

Julia Chan, the co-host and soothing narrator, opens the show with lots of bread puns, which is a good sign that they are trying to up the fun and cheesy factor of the show; which, let’s be honest, is necessary.

Dan Levy tells us that this may be his favourite week because he loves bread. I am happy that Dan is a carb and gluten-eating celebrity. I am starting to have suspicions that Julia, is not. I’m glad Dan is so enthusiastic, but we have a lot more weeks to go, and I hope he hasn’t risen too far.  The first challenge is to make a focaccia: the better, fluffier cousin of pizza. 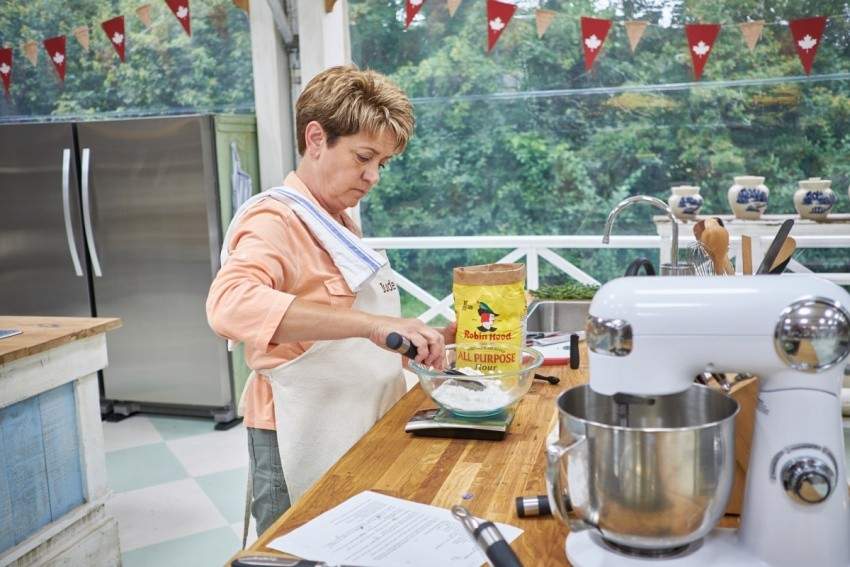 First up, Jude Somers is showing us her whimsical side once again. In fact, throughout the show, Rochelle mentions the word whimsy to Jude at least four times. We know Jude has whimsy, but does she have technique? This becomes a running narrative throughout this episode.

James Hoyland, thankfully, promises to be neater. I pity the CBC person who had to read all the mail after last week’s hand-stirring-the-cake-batter episode. His mess stays in the bowl, and he makes a good focaccia.

In case we forgot, we are reminded that Julian D’Entremont forages out on the East Coast. He is adding spruce tips and dulse, which is a kind of seaweed, to his bread. The judges say his flavours are “spectacular”.

Corey Shefman loves baking bread, so he has something to prove, which of course puts him in peril. He is making a challah-like focaccia with some delicious-sounding Moroccan seasoning and a harissa dip. He gets a pass from the judges who found the harissa a little too hot.

Sweet Terri Thompson is confused by the new-fangled proofing drawer that comes at every station. Since she has never used one, she leaves her dough on the counter. This seems like a bad idea—since they are in a tent and the temperature fluctuates—and it is. Her dough doesn’t rise. Yup, she made pizza.

Sabrina Degni reminds us that she is Italian, and makes an Italian flag with her toppings. Her final product would make her Nona proud, say the judges.

Vandana Jain tells us she never second-guesses her flavours, but her freehand with the toppings gets her in trouble with the judges. 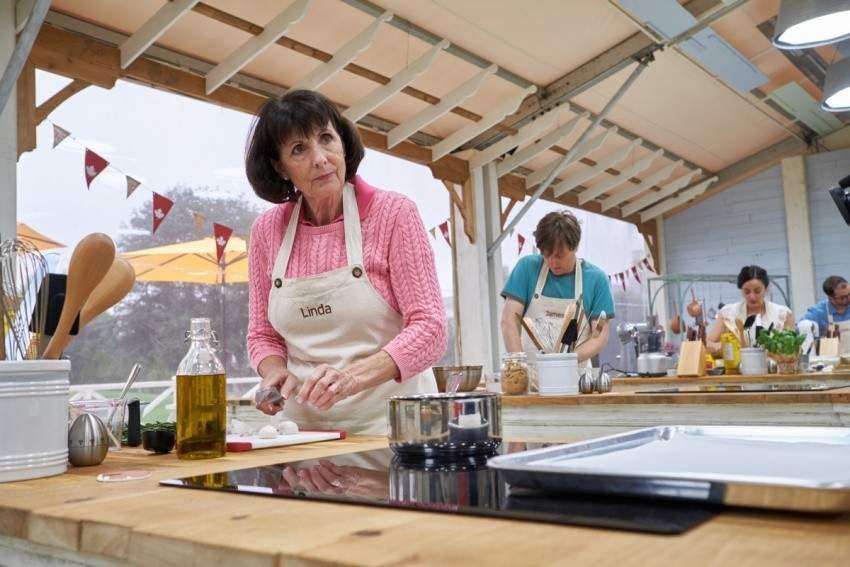 The judges don’t comment on Linda Longson’s lovely presentation, but do say her focaccia is well executed. Meanwhile, we get the same B-roll as last week of Linda presenting a birthday cake to her granddaughter.

The optometrist Sinclair Shuit, who is on point with his eye chart shirt, makes an under-baked focaccia.

And now we are onto the technical challenge, which is bread’s highest achievement—the Montreal bagel! (My kids would agree.) Bagels are difficult because they have to rise, and then be boiled in honey-sweetened water, and then baked. It’s a lot of fussy steps, especially when the recipe is not very specific.

Rochelle once again tells us that she was born and raised in Montreal (until the age of 10) so Montreal bagels are very important to her.

Meanwhile, I am horrified at the lack of bagel-knowledge in the tent today. Corey, of course, is going to nail this one because he makes bagels at home all the time. And guess what? He does not nail it. His cockiness leads him down a dark path that involves a mixer and his bagels not rising. 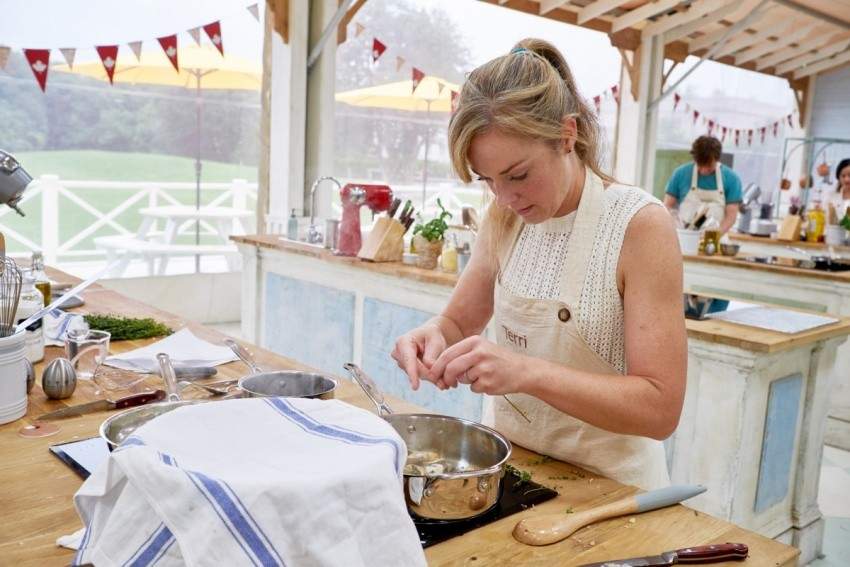 Terri prays to the bagel gods to not screw up, and she doesn’t. Her bagels could be passed out on the streets of St. Urbain. She is redeemed from her flat focaccia on the gingham alter. Everyone else is fine; except James, who insulted bagels with his raw discs, and Corey, who over-kneaded.

And now it is Showstopper Day—it also seems to be pink and blue day as all the contestants and the judges are in some form of pink or blue. Is there a coded message in the colour choice? (Answer: no) The showstopper must be a centrepiece bread stuffed with a sweet filling.  It’s not easy to bake a filled bread dough without over- or under-baking.

After the bagel debacle, Corey needs a good plan. He sticks with a challah that is stuffed with a date and orange filling. I’m liking his Sephardic flavourings this week (even if he and I are the only ones who know what that means). It’s more of a table runner and judges say it is spectacular. 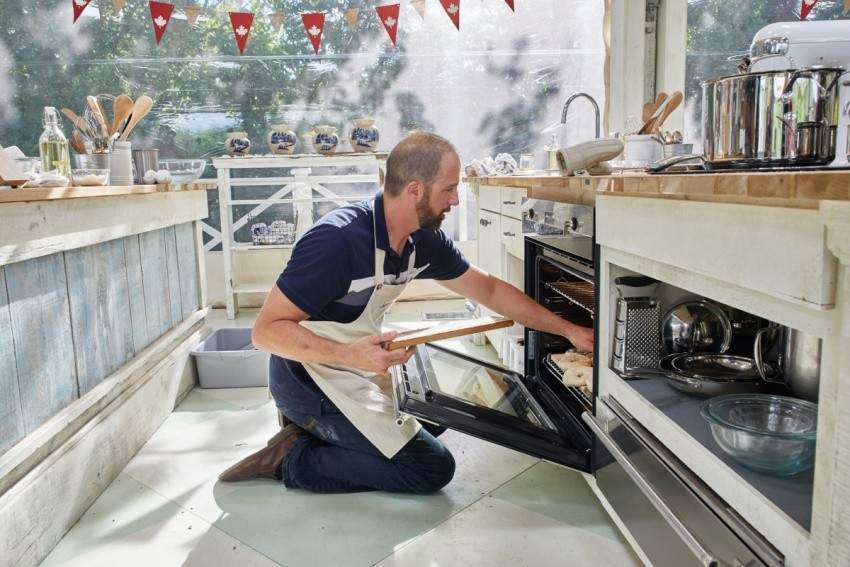 James is a different man this week, he has pre-rolled out his date and pistachio filling to place on top of the dough. (Eerily similar to the much-derided peanut butter on bread video.) His design and handiwork look really good! But oh no! His centerpiece is raw in the middle.

Jude has the whimsy nailed down, but unfortunately she didn’t pull it off. If we lose Jude, then what will I write about?

Vandana presents dried winter melon, pistachios, cardamom and cashews. I don’t even know what dried winter melon is, but I’m willing to try it. Vandana is pushing the flavour bar, and I am all in for it; so is Bruno, who uses a clumsy metaphor of a walk in a garden. (Unfortunately, I have a terrible track record when picking favourites, so Vandana is probably not going to be long in this baking world. Sorry V!)

Graphic designer Sabrina is making a 3-D bread basket, filled with apple and cinnamon buns. Those flavours seem dull to me, but they are a hit with the judges. And they love her presentation.

Oh, yay! A bun-in-the-oven joke. It would have been funnier if someone actually was pregnant.

Sinclair (in a pink shirt with macarons on the cuff!) once again is having an under-baked dough problem. He spent most of his time on his puff pastry, which is a small part of the project and not cooked through. I think the crown looks and sounds good but once again the word gummy is lobbed at him. Is it enough to save this sharp individual?

I thought Linda’s basket with the chocolate and white dough was really nice looking, the judges liked it too but weren’t effusive. I’m still wondering if she is a sleeper agent. 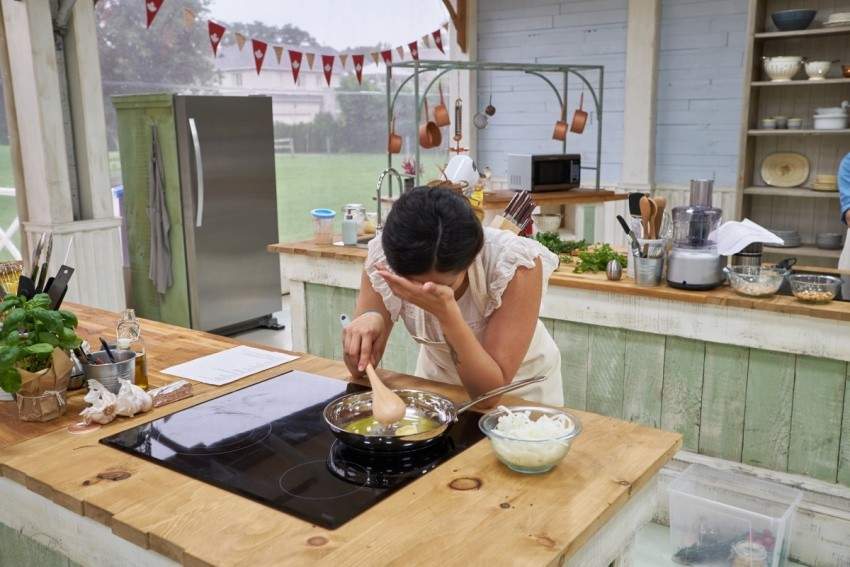 Today’s star baker is Sabrina! She is crying with happiness. I’m not overwhelmed, maybe because she is a bit of a blank slate.

Sadly, Sinclair and his nice shirts are going home. Passion isn’t enough in the cutthroat world of the Great Canadian Baking Show. I’m sad to see him go, because he had a quirky personality, thematic shirts and the show needs more of those people.

I think we are suffering a bit from lack of personality of the bakers. Their creations are not over-the-top, and neither are their personalities. We don’t need conflict, but I think we need more personality, more crazy masterpieces. Or, they will have to make the entire show about Whimsical Jude, and my recaps will be very dull. 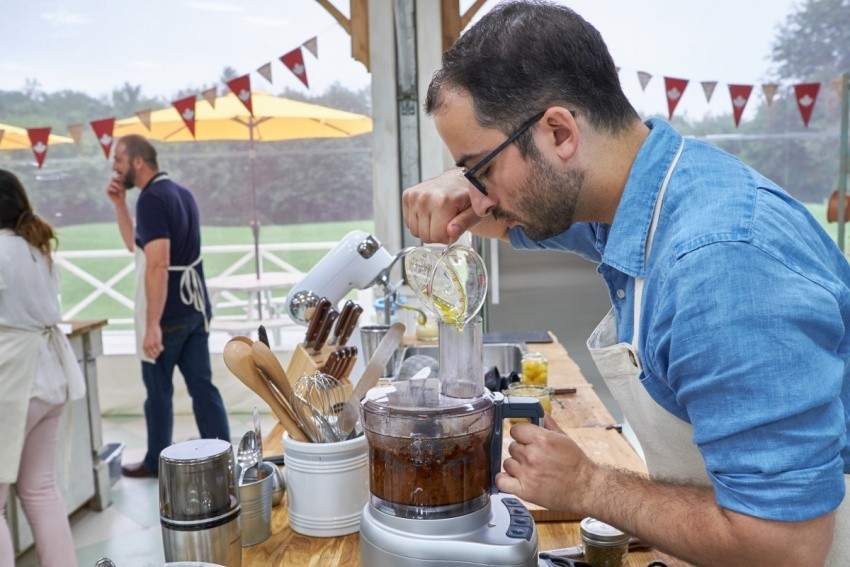 The showstoppers for me were Julian’s focaccia as well as Vandana’s and Corey’s showstoppers. I would be happy to have any of those as my centerpieces for a dinner party. Call me, you two! (And I hope I haven’t cursed you.)